The very car that Michael Schumacher raced to victory at Monaco and Hungary (where he clinched the 2001 World Championship) went up for auction recently in New York.

The chassis (No.211) is the very one Schumacher raced to his fifth and final victory at Monaco and was also the car he raced in the Hungarian GP, when he clinched his fourth world championship.

It was estimated to sell for around $4million or $5million but perhaps unsurprisingly the bidding went way over that, all the way up to a massive $7.5million. Just think how many F1 races you could attend for that! At least three or four, surely.

The sale more than doubled the previous record price for a modern F1 car, which was $3.2million – again for an ex-Schumacher car, a Ferrari F2004, which was sold back in 2005. 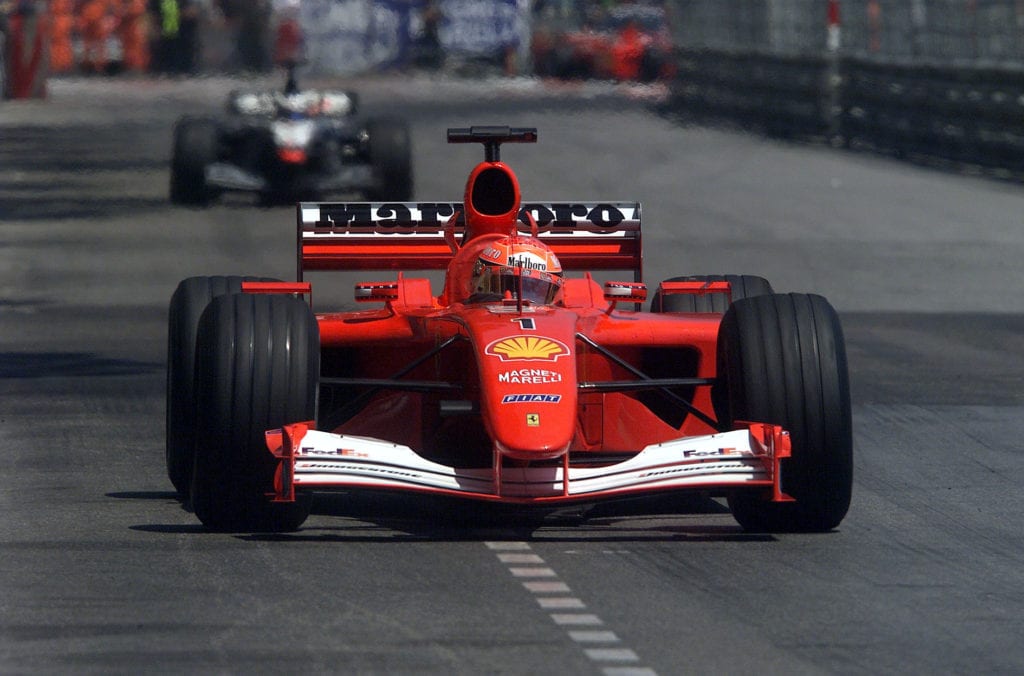