Scott Dixon Was Robbed At Gunpoint Hours After Winning Pole For The Indy 500 – WTF1
Skip to content
×
Indycar , News

Scott Dixon was having a pretty good weekend as he took pole for the Indy 500 with the fastest qualifying laps for over 20 years. However later that evening he went along to a Taco Bell with his wife, Emma Davies-Dixon, and former teammate Dario Franchitti, when the car was robbed at gunpoint.

According to a police report Dixon said that two young males approached his vehicle in the drive-thru lane, shoved a gun in the window and stole Emma Davies-Dixon’s purse.

Local police quickly found the suspects (who are 14 and 15 years old) and his wife’s belongings were recovered, although no gun was found.

If you’re wondering why one of the world’s top racing drivers was grabbing some fast food late at night then there is a reason. Dixon’s Chip Ganassi Racing teammate Tony Kanaan (who’ll start Sunday’s race from seventh) explained:

“We’re all in the bus lot and Scott had to buy dinner, and so there was obviously nothing open so we just said, ‘Go through a drive thru and get us some food.’ That was the only option we had. “After such a wonderful day at the track getting robbed at gun point, getting a gun pointed to your head, buying a $20 meal. It’s kinda scary. You would think that would never happen to us here.”

Pretty scary stuff, but it’s a good job no one was hurt and the situation was resolved quickly. 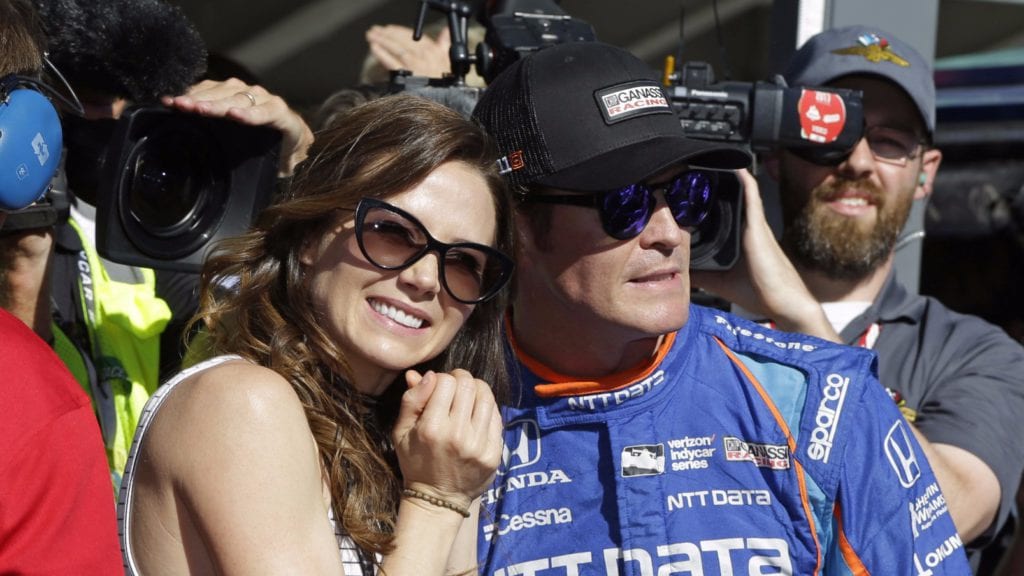