Despite finishing down in 15th in the GP2/F2 championship in the last two years, Sean Gelael is getting more opportunities in an F1 car. Toro Rosso has announced that it’ll give him four more FP1 sessions in 2018 (he had four last year, too, and also got to take part is some test sessions) in order to continue learning about F1.

Although his junior career is nothing spectacular, his sessions in an F1 car haven’t been too bad. Although for Pierre Gasly and Brendon Hartley embarking on their first full season, having to sit out a practice session (whoever it might be) isn’t exactly going to be ideal.

Gelael has been promoted to the all-conquering Prema team in Formula 2 this year, so he has a pretty good opportunity to prove himself. It’s a good thing too because he’s way off the amount of superlicence points needed to get an actual race seat in F1, but a good season could change all that.

He’s well-backed because his father runs the KFC franchise in Indonesia, but that backing has also been used to help other drivers. Antonio Giovinazzi (a close friend of Gelael) had help from them on his way up the ladder; now Nyck de Vries has also got backing and will be Gelael’s teammate in F2 this year. 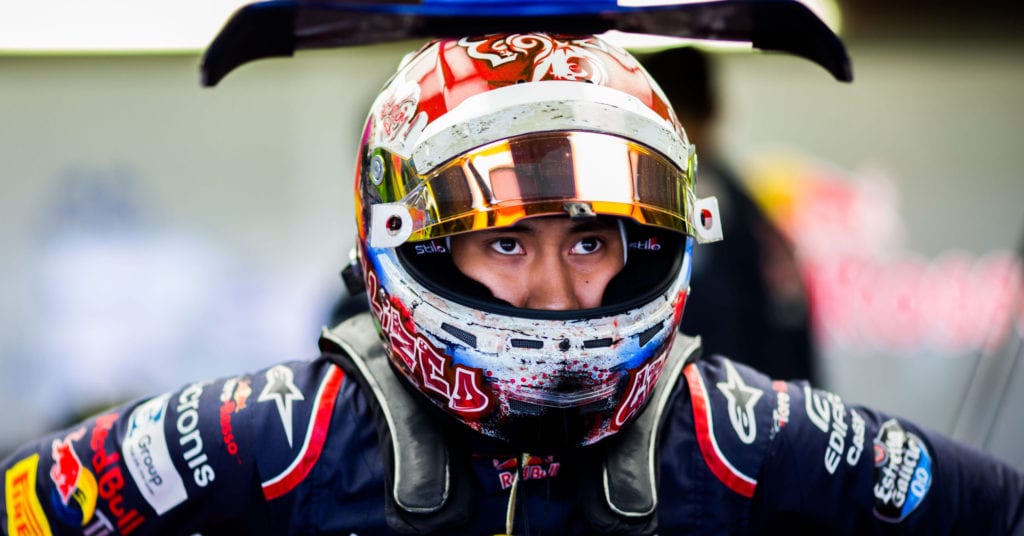