Sean Gelael Will Be F1 Testing With Toro Rosso This Year

Red Bull has a fair few young drivers on its radar, but sister team Toro Rosso has opted to hire outside the Red Bull junior squad for in-season testing.

The Italian outfit has signed Gelael, who finished 15th in GP2 (now F2) last season, to test the STR12 in Bahrain, Hungary and Abu Dhabi.

For those of you unaware of Gelael, his most memorable racing moment so far has been crashing in the pit exit tunnel at the Yas Marina Circuit.

As far as we know, he was the first driver to find the barrier at the Abu Dhabi GP’s pit exit – crashing at the GP2 (now known as Formula 2) round in 2015.

After two European Formula 3 seasons, he made sporadic GP2 appearances with Carlin in 2015 before stepping up to the series full-time with Campos last year.

He finished 15th in the standings thanks to a seventh in Azerbaijan and second place at the Red Bull Ring in Austria.

Now he’s set to make his F1 debut at the Bahrain in-season test from the 18-19 April, before testing for Toro Rosso again in Hungary before the summer break and Abu Dhabi after the F1 finale.

Let’s hope his previous F1 tests get him settled into the Toro Rosso STR12, so there’s no repeat of the tunnel crash at the Yas Marina Circuit. 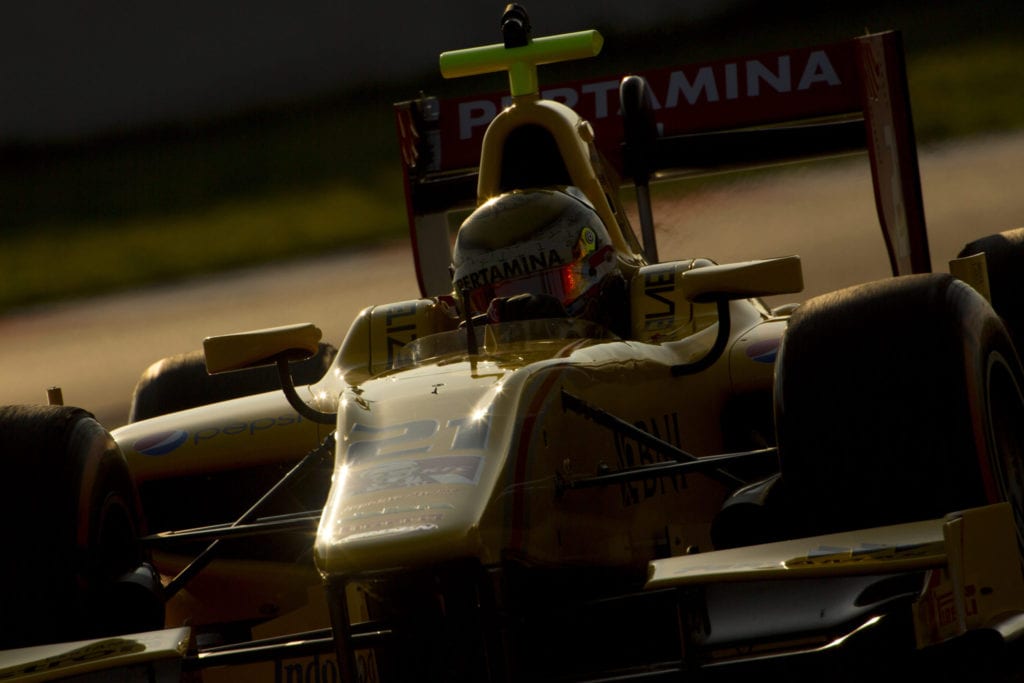