Sebastian Vettel Gave Felipe Massa The Finger As He Lapped Him

One of the decisive moments of the Russian Grand Prix came during the final lap. Sebastian Vettel was hunting down Valtteri Bottas to try and snatch the win and although it would have been a long shot, his cause wasn’t helped by traffic.

Whilst Bottas was able to use DRS to pass Felipe Massa on the pit straight Vettel got stuck behind him through turns two and three, and then had to hesitate when he passed him into turn four, clearly unsure of whether or not the Williams driver had seen him.

But despite thinking about trying to win the race and how to lap Massa, Vettel still had enough reserve brain capacity to give the Brazilian a little message on his way past:

Lapping Felipe delayed Vettel enough to make Bottas’s run to the flag and his first victory slightly easier, although it seems unlikely that it actually cost him a real shot at victory with overtaking so difficult at Sochi.

Sebastian himself probably realised this as after the race he didn’t seem particularly annoyed, saying “I was sure he would lift around Turn 3 as it’s flat out. But it doesn’t matter.”

It’s a fair enough reaction in the heat of the moment, and it’s always good to see drivers showing a bit of emotion. 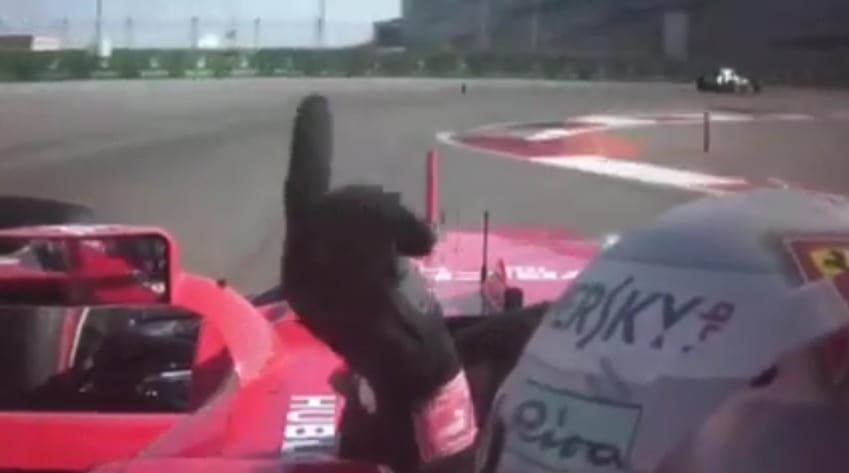