Sebastian Vettel Has A Rather Unique Alternative Idea To DRS

DRS is a funny thing – on some circuits it’s far too effective, on others it works so well you don’t really even notice it, and on others it seems to have almost no effect at all. Suzuka is almost certainly the in the latter category. In the Thursday press conference, there was some chatter about whether or not the track should get a DRS zone on the back straight and through 130R, but Vettel came up with a different idea entirely:

“I’m not a big fan of DRS. Now we are in Japan I think Mario Kart, if you remember them, it might be more fun to throw bananas out of the cockpit than have DRS. So maybe it’s better idea than to have DRS.

“I don’t like, I think it’s artificial. I think we should find a different way to make the cars follow each other closer and not have DRS.”

I don’t know about bananas, but in the last few races Seb could probably have done with a blue shell or two…

The FIA decided against an extra DRS zone on the basis that 130R would be too fast for drivers to tackle with the flap open – given what happened at Silverstone, that’s probably a good thing. Sergio Perez believes it would have been fine to DRS through 130R, saying “Turn 1 at Silverstone is a lot harder than 130R” whilst Esteban Ocon went the other way, saying it would be “even harder than Silverstone Turn 1”. Those two can’t agree on anything, can they? 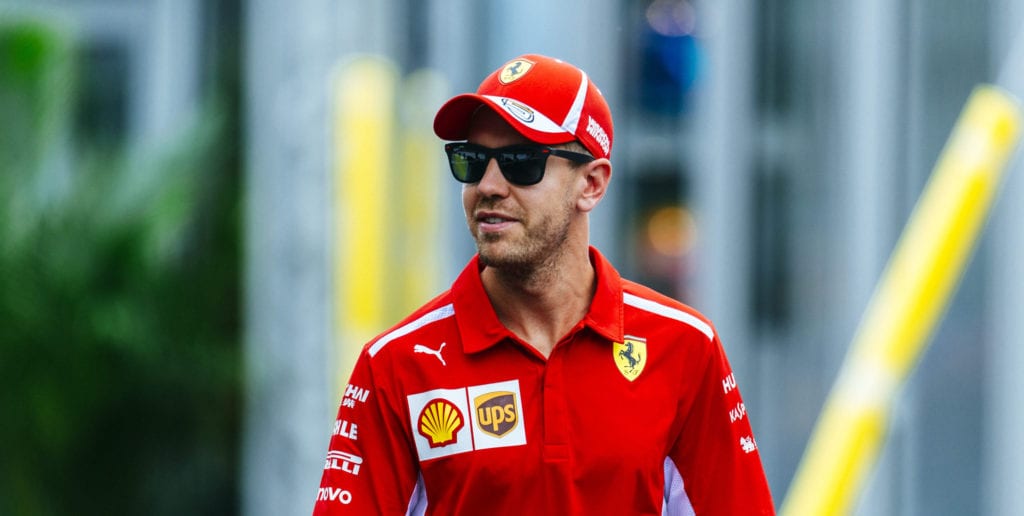