Given how much he cherishes his private life and time with his family, you wouldn’t necessarily expect Vettel to get involved with the current sim racing wave. However, he did recently say that he had acquired a sim and that he might be tempted to get involved for a bit of fun, especially with teammate Charles Leclerc becoming a streaming legend in the space of just a couple of weeks.

If Vettel did join the sim racing world, you’d imagine he’d probably end up making his debut in F1’s Virtual GPs, which Leclerc has won twice. But no. In a surprise twist, Vettel arrived as a last-minute entry in the Legends Trophy to compete against the likes of Jenson Button, Emerson Fittipaldi, and Juan Pablo Montoya. Oh hell yeah.

Unsurprisingly, given that many of his rivals have been doing this for a few weeks now, Vettel didn’t do too brilliantly in the first race, only qualifying 15th and then getting caught up in a bonkers opening lap to finish where he started. Still, the Brabham BT44 he’s racing looks absolutely ace decked out like one of Niki Lauda’s Ferraris.

Finishing so far down the order does mean he’ll start up near the front for the reverse grid race though, which almost anybody seems able to win if they get a clean start – and given that by the end of the race he was getting close to winner Montoya’s pace, he could be in with a chance.

That gets underway at around 19:30 UK time, and you can watch it (and the rest of the action) below.

Here’s hoping this means we’ll see Vettel competing in a few of the other esports events out there at the moment. 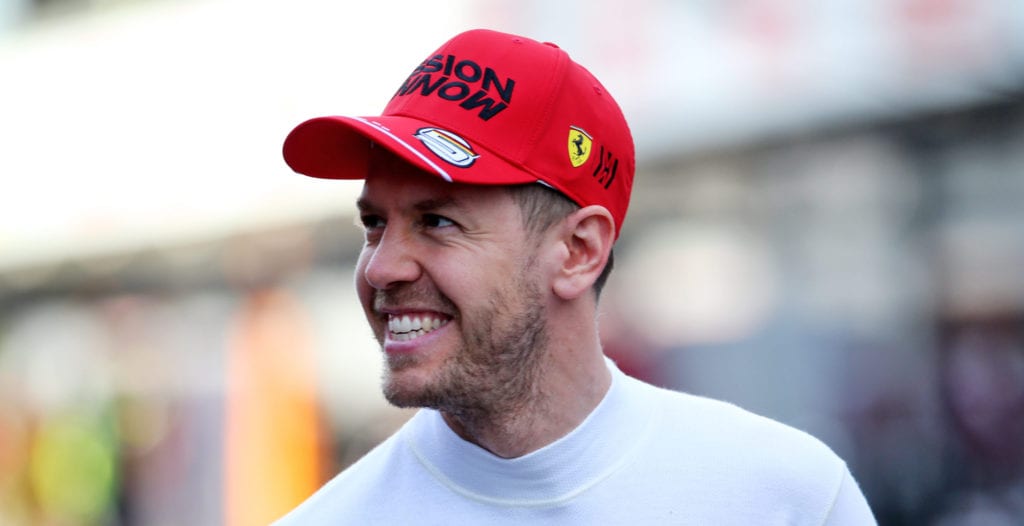