Say all you like about Sebastian Vettel and the multitude of errors he’s made in the last year or so, but you can’t deny that outside of the heat of a racing situation, he’s one classy dude.

Despite exclaiming “What is he doing!?” at the time of the incident, it seems he’d had some time for reflection on the cooldown lap and apologised over team radio.

Then, in parc ferme, he went straight over to Verstappen’s car and shook his hand in a very apologetic manner. Max said afterwards:

“I guess he misjudged his braking in there. I already spoke to him, he apologised to me immediately out of the car, and that’s it. It’s disappointing but you can’t change it now.”

On top of that, Verstappen confirmed that although he (remarkably) got going again at a reasonable pace to finish fifth, his Red Bull did have some issues – broken power steering, damage to the floor and the diffuser, and a loose seat. 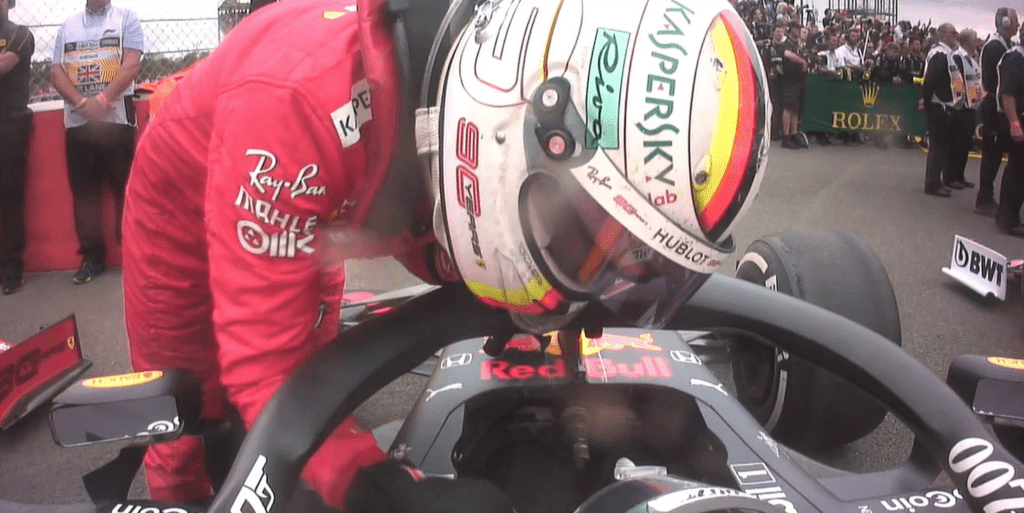