You can understand why Vettel said that crowd-pleasing remark. By way of some team orders ‘confusion’, he’d established a lead in the first half of the race before Ferrari allowed Charles Leclerc to undercut him. Still, when Vettel left the pits he knew that he had a fast car, potentially more pace than his teammate, and tyres which were for laps freshers. He’d have felt the win was still on, so for his MGU-K to fail on him before he’d even completed his outlap was understandably heartbreaking for him.

I suspect that by wanting to bring back the V12s, he was really longing for a return to something simpler than the complexities of the power units which were introduced in 2014. However, when you take a glance at Ferrari’s results the last time it used V12s, he might want to think again.

Ferrari last used V12 engines between 1989 – the first year after turbos were banned – and 1995. In that time, the team entered 113 races, with the drivers making a combined 223 race starts. From those 223 starts, how many do you think ended in retirement?

That’s right – a massive 111 of those starts resulted in a failure to finish. Of course, some of those will be spins and collisions, so we’ve broken it down to mechanical failures, too. Of those 111 DNFs, 82 were down to mechanical failure, 35 of which were directly related to the engine – in other words, an average of five a year. Vettel hasn’t even had five race-ending engine failures since he’s been at Ferrari. In other words, reliability of these vastly more complex, more powerful and longer-lasting V6 turbo hybrids is significantly better than Ferrari’s old V12s.

There might well have been more engine failures for Ferrari in the 1989-1995 period, too, but everything in that era was more likely to break, and quite often something else on the Ferrari failed before the V12 had a chance to do so. In 1989, 12 of the 13 mechanical failures were down to the pioneering semi-automatic gearbox breaking (the car was quick though – in the hands of Nigel Mansell and Gerhard Berger, every race was either a DNF, a podium, or a win) and in 1993, Ferrari’s active suspension proved to be the weak point.

Another eye-opening stat is that in the 113 races of Ferrari’s last V12 era, the team only managed to get both cars to the finish on 31 occasions. If you look at the 116 races in the hybrid era (up to the Russian GP), Ferrari has managed 86 double finishes. Quite the difference, isn’t it?

In terms of performance, Ferrari didn’t even have the best V12 engine at the time. Honda used a V12 in 1991 and 1992 which was more powerful and more reliable, and the Lamborghini V12 was comparable in terms of power and drivability (although it was even more prone to failure than the Ferrari lumps).

The overall packages weren’t great, either. The 1989 car was fast but fragile. In 1990 Alain Prost challenged for the title, but the following year’s car was so bad that Prost got fired for daring to criticise it. The 1992 and 1993 cars were among the worst Ferrari has ever produced and although things were better in ‘94 and ‘95 it was becoming clear what the team’s weak point was – the heavy, thirsty, and unreliable V12.

Of course, if V12s were to return to F1 now, it’d likely be very different. Advances in tech and the requirement for components to last for several races rather than just a single session (as it was back in the 1990s) would probably lead to comparable reliability to the modern hybrids. However, chances are it’d also lead to Mercedes, Renault, and Honda withdrawing from the sport and make F1 less attractive for potential new manufacturers, as well as being a bit… outdated. And F1 shouldn’t be outdated, should it?

Of course, this doesn’t count the times PU issues have hurt the team in qualifying, led to penalties or otherwise caused issues, but nor does it highlight potential times that drivers had to nurse niggles with the V12s.

Yeah, the V12s sounded a whole lot better and probably created a much more analogue driving experience. But give Vettel a season or two in an early 1990s Ferrari and chances are it wouldn’t be long before he started saying “Bring back the f***ing V6 Hybrids” every other weekend. 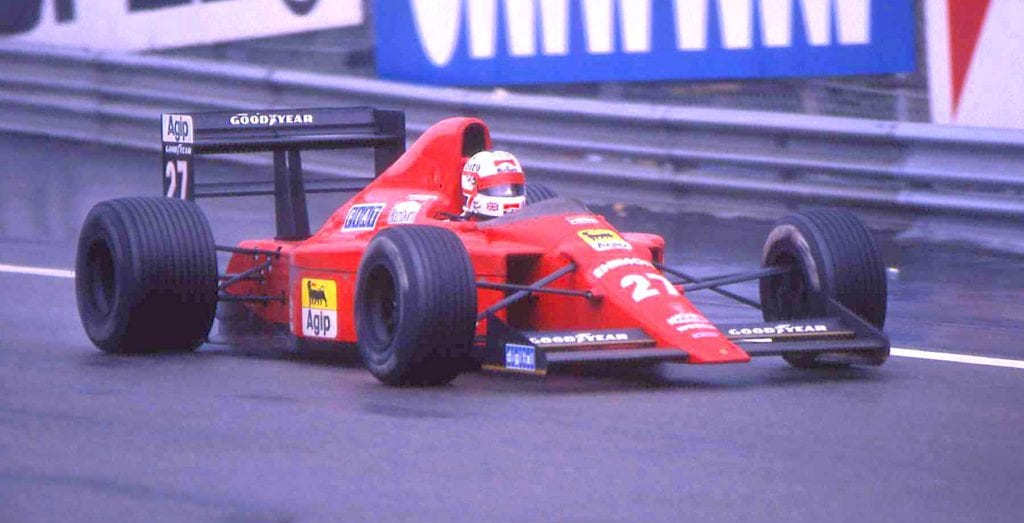