Despite a solid weekend in Sochi which saw him come close to pole and then score his first podium of the year, Kimi Raikkonen has come under fire this year for his apparent lack of performance relative to his Ferrari team mate Sebastian Vettel.

In fact Ferrari were so concerned about his performance after the Chinese Grand Prix that the President of Ferrari himself questioned his form. Things have improved slightly for him since then, but he’s still not quite achieving the results that Vettel is managing to get from the SF70H.

Kimi himself acknowledges this and said after the race in Sochi that although things were getting better, it’s the small details that he needs to improve on:

“We keep trying and keep improving and I’m sure we’ll get there, but the small details have to be exactly there and then you will get the first place. The four of us are very close most of the time, so it’s the small differences that make a big difference in the end.”

One of the last people you’d expect to get praise from is your team mate, but it turns out that Vettel is supportive of Kimi and reckons that he’s been driving well, and deserved better results from the first four races of the year.

“He probably didn’t have the races he deserved. In Bahrain obviously the start, the first lap cost him a lot, otherwise I’m sure he would’ve been on the podium.”

He went on to say that Kimi is that one of the most talented drivers on the grid, but that for good results you also need to have things go your way:

“Obviously I see exactly what happens and things didn’t go 100 per cent in his direction so far but I don’t think there’s any doubt inside the paddock that he’s one of the most talented drivers we have. I don’t think there’s anyone who doubts his skills or his talent but, as I said, you need to have a lot of things coming your way. If you look back last year, I had some races where things didn’t come my way – it’s up and down but usually throughout the season it sort of equals out.”

Of course it’s easy to praise your team mate when you’re comfortably beating him, but Kimi and Seb have always got on well and it would certainly help Ferrari’s title chances if Raikkonen was more competitive.

Will we see Kimi back up the front and winning races this year, or will he struggle to match Vettel and have to resign himself to being the number two driver? Let us know what you think in the comments. 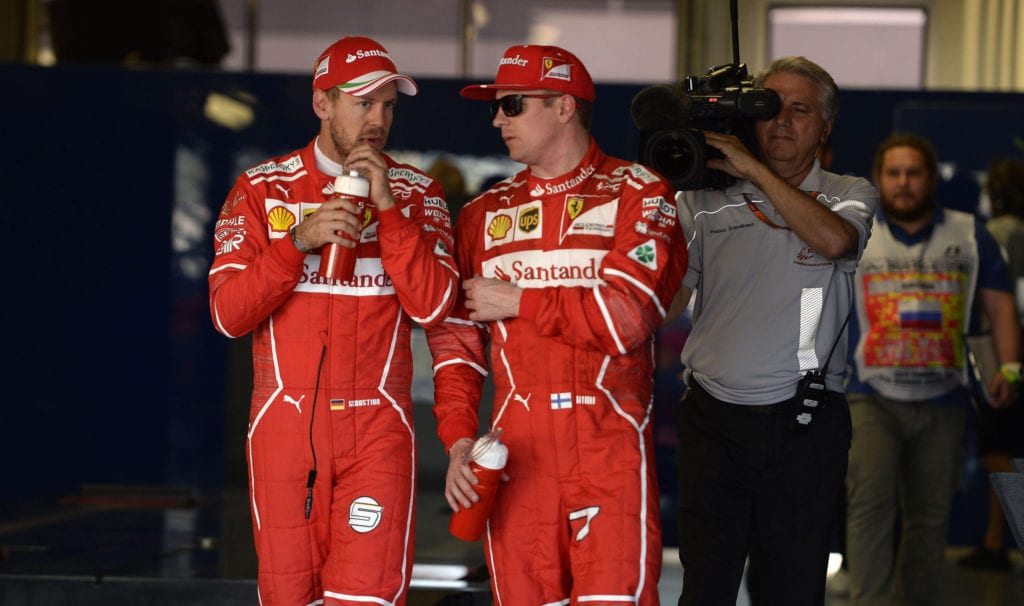