Sebastian Vettel’s First Qualifying With Aston Martin Did Not Go Well At All – WTF1
Skip to content
×
Formula 1 , News

Sebastian Vettel’s first race weekend at his new team, Aston Martin, has started very badly. He didn’t even get out of Q1 and will start 18th tomorrow, behind both of the Williams!

Seb’s final lap was ruined by a number of yellow flags, including one caused by Nikita Mazepin. The Haas rookie overtook him at the end of the warm up lap, breaking the gentleman’s agreement which will have definitely rustled a few feathers among the other drivers. It’s a strict no-no.

Straight after that, Mazepin spun at Turn 1 so everyone he overtook had to slow down for his yellow flags. Not a good idea. This meant that Vettel was not able to improve his first lap time and he was knocked out of qualifying.

“For sure I am upset and angry that it wasn’t our fault in a way not to make it through,” Vettel said after his session was over. “We have to take it and do what we can preparing [for] tomorrow.”

Seb was asked what he thought about Mazepin breaking the gentleman’s code and he didn’t blame that entirely.

“In the end, I think the trouble is we have to run so slow to get the tyres where we want them to be so with that amount of cars on track it’s going to be a mess.

“I had a lot of margin after the first lap where I had a mistake in [Turn] 11. The second lap had a lot of yellow and we couldn’t improve.”

Not only were there the yellow flags in Turn 1, Carlos Sainz, who was driving Seb’s old Ferrari, broke down half way round the lap. As a result, Sainz had to pull up on the side of the road which meant there were more yellows later on.

A disappointing day but we'll be pushing hard tomorrow. 👊

Hear what #SV5 had to say in today's debrief. ⬇️#BahrainGP pic.twitter.com/nJtOi2NAkV

Vettel has not had an easy time of it at his new team. He set the lowest number of laps for a full-time driver in testing and spent a lot of testing in the garage with issues. He said there was no point getting upset after the session and that he is looking forward to the race tomorrow.

“I’m learning. I think the quali was good and it felt positive, obviously I only got like a lap and a half, but I think we still have a lot of work ahead of us and I think you know we would have hoped for a better start but it is what it is.”

Seb’s new teammate Lance Stroll had a much smoother evening and made it to Q3, qualifying in 10th showing that there is points scoring pace in the Aston. Coming through the field could be on the cards for Seb 🤞

“Hopefully tomorrow we have a good race. I think we can come up quite a bit and see what today brings.”

Ahead of Seb are Latifi, Ocon, Russell and both Alfa Romeos who will all definitely be in his sights as he starts his post-Ferrari comeback with a literal comeback.

What happened the last time this team were at the back in Bahrain? Oh yeah Checo won the race. So, if we base it on the most recent comparison then we have every reason to say Seb will be on the top step tomorrow. That’s just science.

What did you think of the Bahrain Grand Prix Qualifying? Let us know in the comments below. 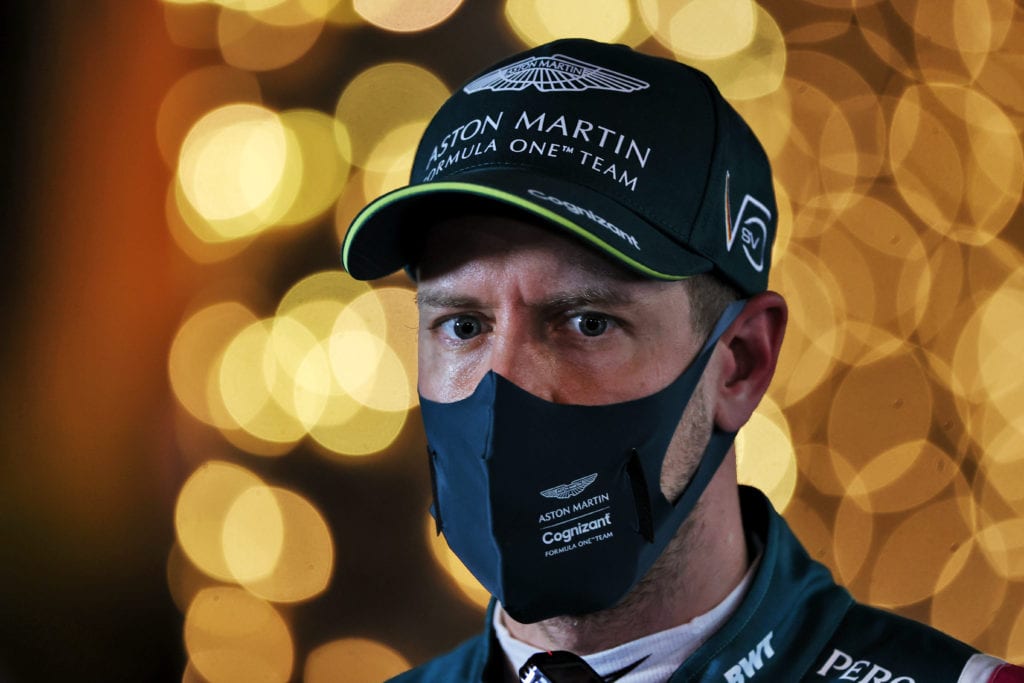