Sebastien Bourdais Has Been Given The All Clear To Make IndyCar Return – WTF1
Skip to content
×
Indycar , News

Former Formula 1 driver Sebastien Bourdais has been given the all clear to make a return to IndyCar and full-time racing after a final medical check-up.

He suffered fractures to his pelvis and right hip in a scary crash during qualifying for this year’s Indy 500 back in May.

James Davison stepped into the No.18 Dale Coyne entry for the Indy 500, before ex-F1 racer Esteban Gutierrez joined for the following six rounds (missing Texas, where Tristan Vautier was behind the wheel).

So far, Mexican driver Gutierrez has scored a best finish of P13 at the Iowa circuit.

It looked like Bourdais would be ruled out for the rest of the season but he has recovered faster than expected, and returned to the cockpit of an IndyCar machine at the end of last month.

The test session took place at the Mid-Ohio circuit, after IndyCar’s visit to the venue, and Bourdais completed 80 laps over the course of the day.

On Tuesday, Bourdais was evaluated by IndyCar’s orthopaedic consultant in Indianapolis and was given clearance to return to full-time racing.

We don’t yet know when Bourdais will return, as there are four rounds remaining in the 2017 season, but it’s good news nonetheless. 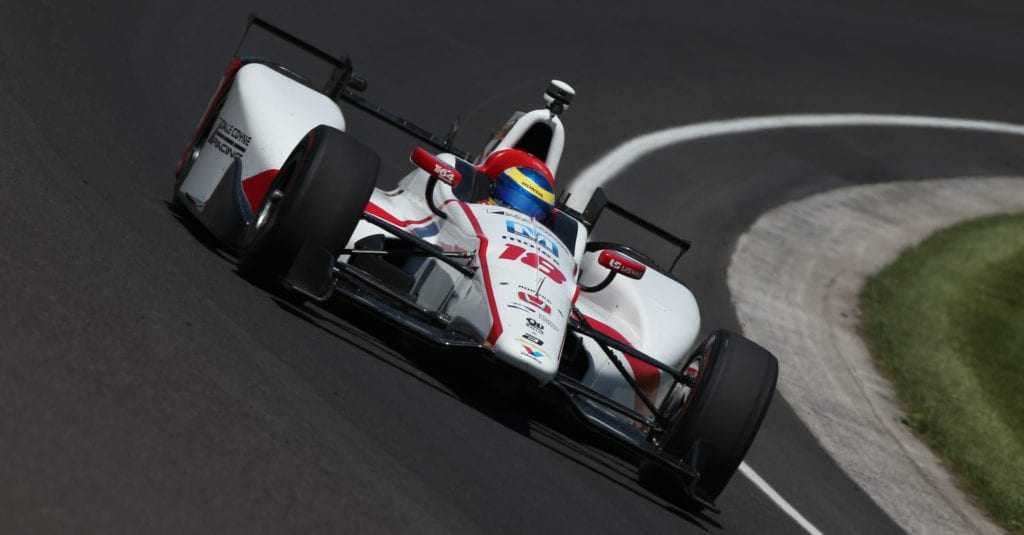