Sebastien Ogier’s Toyota Was Involved In A Road Crash On His Way To A Rally Stage – WTF1
Skip to content
×
Crash , News , Rally
6 comments

You’d think during a rally weekend, the biggest risk of crashing would come from driving your car flat out around a twisty rally stage. However, it was a BMW driver on a Croatian dual carriageway that caught seven-time WRC Champion Sebastien Ogier off guard.

Travelling to Sunday morning’s opening stage, Ogier was involved in a road accident as he made contact with a driver on a public road. Fortunately, neither Ogier, his co-driver Julien Ingrassia or the BMW driver were injured.

Both Ogier and Ingrassia worked on the damage sustained to his Toyota rally car and were soon approved by the FIA to continue competing in the maiden Croatia WRC event. Speaking about the incident, Sebastien said he assumed “his rally was over”.

Ogier ended up winning the rally by just 0.6s over teammate Elfyn Evans, in the third closest result in WRC history. Absolute scenes.

Although he was able to win the event and now leads the championship, Ogier was handed a €7000 (£6100) fine and received a suspended ban for driving away from the crash scene.

Both Ogier, Ingrassia and the team’s sporting director attended three hearings from the Stewards concerning the road accident. It was decided that because Ogier drove away from the scene of the crash, he would be handed a suspended ban and fined €5000 for his actions. Yikes.

“Car No 1 was involved in a traffic accident on 25th April,” the statement read. “After the accident, while a police officer was standing in front of the car, driver Sebastien Ogier drove away from the accident scene.”

“Mr Ogier explained that after they had left the service park, they realised they needed to stop to check something on the car. Once they started from the traffic lights, they saw a suitable bus stop on the right and changed the lane to reach the bus stop.

“Another car was approaching at the same time fast from behind on the same lane and crashed into the right side of car No 1. Immediately after the accident, Mr Ogier stopped the side of the road to check that nobody was injured and shared his contact information with the other driver.”

Cor, imagine that phone conversation with your car insurance company!

A message to all involved in this mornings traffic incident and all rally fans. pic.twitter.com/6dD957cxsT

The statement continued and clarified that once police arrived, they didn’t speak any English. A team member was requested on-site to continue with any paperwork.

“There was a telephone conversation between the rally control and a police officer on the accident scene. It seemed clear that the crew could have continued, but, according to Mr Ogier, this information was not shared with the police officer standing in front of the car. As the crew had already given all their information and as a team representative was on-site, Mr Ogier felt he could leave.”

Think things couldn’t have got any worse? Well, Ogier got handed yet ANOTHER fine just moments later for driving through a red light. That’s another €2000.

He was able to keep his Croatia win, but what a bloody day! 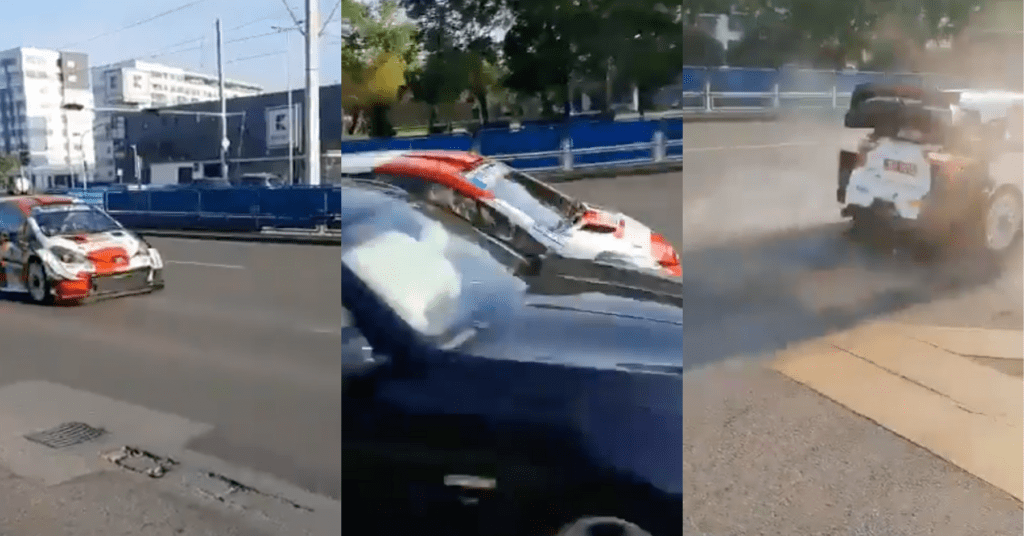 Could A Group Of Protestors Be Planning To Disrupt The British Grand Prix?