Sergio Perez has confirmed he will be staying with the Red Bull Racing team until 2022, alongside Max Verstappen. Joining the Red Bull Racing squad this year, Checo has gone through some highs and lows but has ultimately helped the team keep their fight for the constructors’ championship alive.

This news was somewhat expected, with Red Bull boss, Christian Horner, saying that a new contract was “just around the corner” last month. However, fans were surprised to learn no news on his future once the F1 summer break had ended.

“I’m really happy to be continuing with a great team like Red Bull into the new era of F1 and it’s a great opportunity for me,” Checo said about the news.

“Everyone starts from zero next year with the new regulations, so my only goal is to go all the way to the top with Red Bull. It always takes time to get on top of everything when you join a new team but things have worked well this season and I really enjoy being a part of the Red Bull family.”

Perez has 206 F1 entries to his name, making him one of the more experienced drivers on the grid. Having been told that he’d lost his Racing Point seat for 2021, midway through last season, he managed to demonstrate on several occasions why he should remain in F1, especially after winning the astonishing 2020 Sakhir Grand Prix.

After much speculation, it was announced that Perez would be replacing Alexander Albon at Red Bull Racing for 2021, and the rest is history. Checo managed to secure his second F1 win in Baku earlier this year after both Verstappen and Hamilton failed to score points.

Before the 2021 Belgian Grand Prix, he sits fifth in the drivers’ standings. 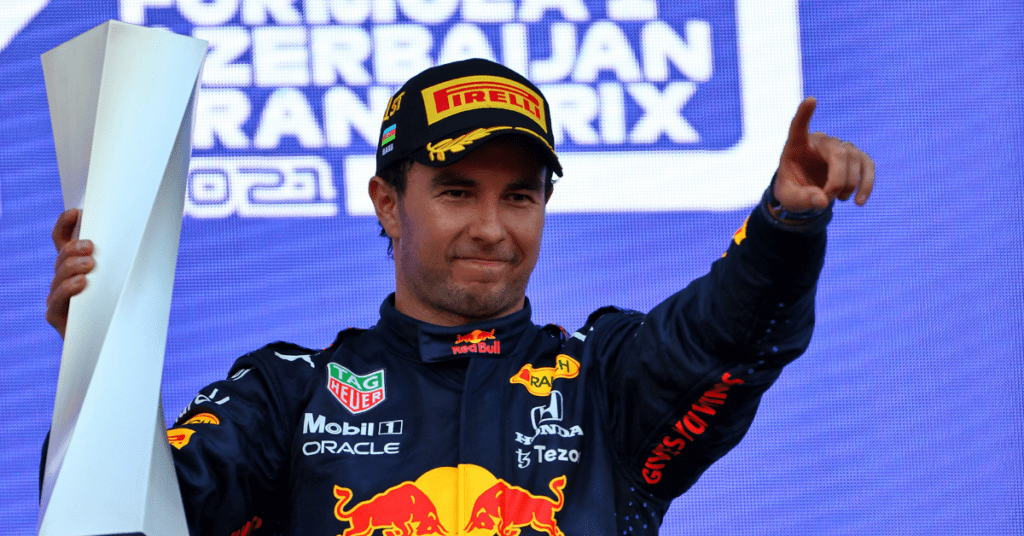