It seemed a very uncharacteristic mistake from Sergio Perez in today’s Spanish GP qualifying, and it’s now been confirmed the Red Bull driver wasn’t feeling too great behind the wheel. He will start in eighth for tomorrow’s race.

Although he’s unsure how the muscle injury occurred, it’s understood that this shouldn’t cause any problem for tomorrow and is expected to race as normal.

“Yeah, I did struggle. I didn’t feel 100% with myself today,” Checo told The Race after his qualifying efforts.

“I had a bit of an issue with my shoulder through qualifying, and I was just feeling bad all the way through it.

“But I’ve spoken to the team, we’ll review everything, and we should be back to 100% tomorrow.”

With 5 mins to go, here's the order with one more flying lap to come

Perez was sure to get the issue checked over by the team’s doctors and reassured the media that it was not a “big factor” for the Spanish Grand Prix and was just “a bit” painful.

“I don’t think it’s something I’ve done. We don’t know 100% what it is, but we’re pretty confident that we can come back to form for tomorrow.”

There were concerns that Sergio’s spin in qualifying would disrupt Lewis Hamilton’s lap, but the yellow flags did not influence Hamilton’s time.

Do you think Checo can fight his way back up the grid tomorrow? 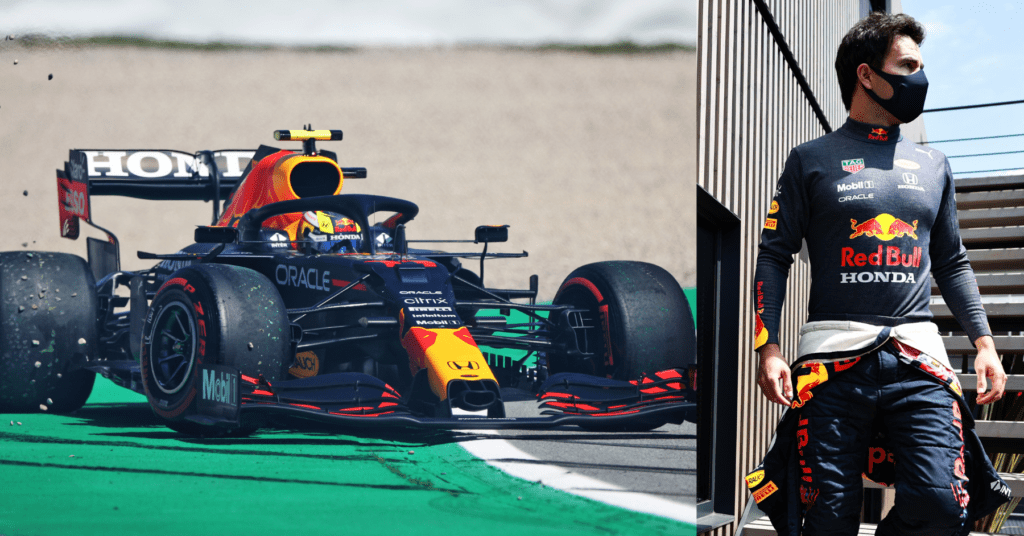