After winning the Azerbaijan Grand Prix yesterday, Sergio Perez was forced to pull over at the end of the pitlane and brought a premature end to his celebrations. He didn’t complete the lap back to the pits because the team were terrified of a hydraulics issue.

“We were close to retiring the car, but luckily we managed to finish the race. It was quite difficult all the way until the end,” Perez confessed after the race.

God, imagine the heartbreak if Max Verstappen had crashed from the lead with his tyre exploding and then Sergio Perez retired due to mechanical failure. A potential 1-2 finish just down the drain.

“He was nursing a hydraulic issue,” Red Bull’s Christian Horner explained afterwards to Sky Sports. “We were really concerned that the car wouldn’t get to the end of the race, which was why he stopped after the chequered flag.”

The entire Red Bull gang were staring at the hydraulic pressure in the hope that it wouldn’t drop suddenly and force the car out of the race. Sounds intense stuff!

In case you were wondering, hydraulics control lots of different parts of an F1 car. This is why it’s such a big deal when the pressure drops. From the car’s brakes, the differential, power steering, gears, clutch and even DRS, you don’t want any of them to fail, or it’s pretty much game over.

A hydraulics issue can also stop a car immediately. So, looking back, Checo was very lucky that he could get to the end. Red Bull can still supply a fuel sample, so they won’t be disqualified for stopping on track either.

Let’s be honest, though, it did fill us with panic when we heard Sergio’s engineer Hugh Bird came on the radio demanding he stop the car: “stop the car Checo, stop the car, stop at pit exit.”

Perez had inherited the lead after his teammate Max Verstappen had a tyre failure and crashed on the main straight with a few laps to go. The race was red flagged, and Perez nearly lost the lead at the restart, but Lewis Hamilton had a brake issue and went straight on at Turn 1.

Checo could then complete the final two laps with only Vettel as a threat behind in the Aston Martin, and he took his second F1 victory. 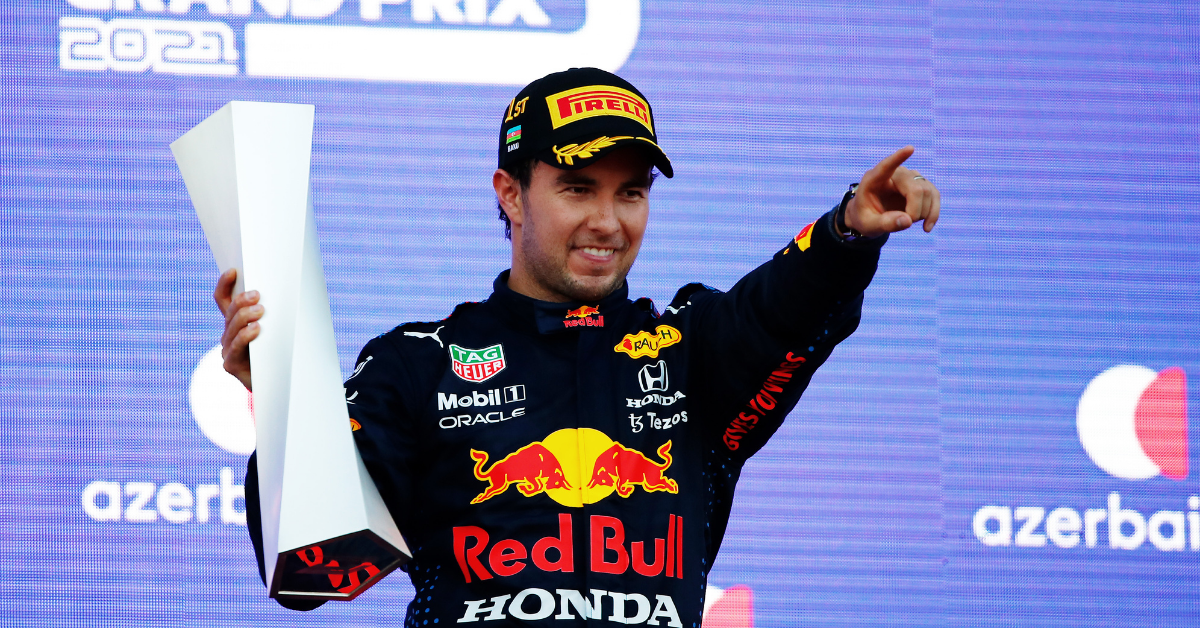