Sergio Perez Will Stay With Force India For 2018

Sergio Perez was on the shopping list of quite a few midfield teams for next year, but in the end the 27-year-old has decided to extend his current Force India contract for another year.

2018 will mark his fifth season with the team, during which time he has scored four podiums and restored his reputation following a disastrous season with McLaren in 2013.

The deal is believed to be for just the one year as Perez is still hoping to land a seat at a top team in 2019. He said of the announcement:

“Staying with Sahara Force India was always my priority. It’s a team that has allowed me to show my talents as a driver and I feel very happy here. I’m proud of everything we have already achieved together and I think there is more to come. The team has done an amazing job this year to develop the car and establish our position as the fourth best team in Formula One. In the end it was an easy decision to continue our journey together.”

“Sergio has played an important role in our success story over the last few years. Since joining us in 2014, he has matured to become one of the quickest and most consistent drivers on the grid. His track record speaks for itself as the most successful Force India driver ever with four podiums. Alongside Esteban, retaining Sergio gives us stability going into next season and one of the most exciting driver pairings in Formula One.”

Ahh yes, Esteban Ocon. The talented 21-year-old has proved to be more than a match for Perez at times this season, which has caused definite friction in the team, costing Force India good results on more than one occasion.

With the duo going up against each other next year as well, there’s definite potential for a few more awkward moments, especially if the team continues to become even more competitive. Time to stock up on popcorn! 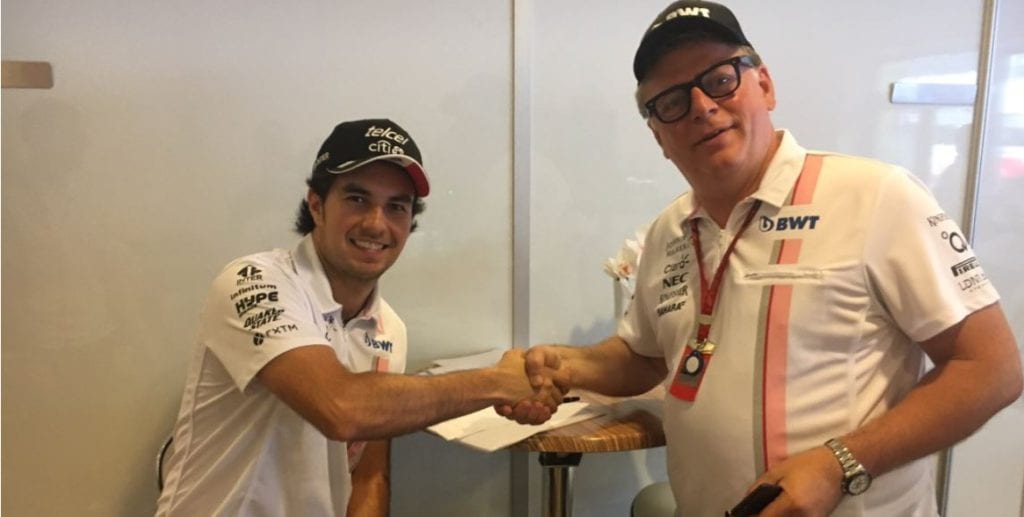