There was much hilarity in the media pen after the Hungarian Grand Prix when Hulkenberg told Magnussen he was “the most unsporting driver”, to which K-Mag replied “suck my balls“ following a moment on track where the Haas driver forced Hulkenberg’s Renault clean off the circuit at turn two.

Hulkenberg later said that Magnussen’s driving was him “just being an asshole, basically” and that he was going to bring up the issue with race director Charlie Whiting.

Although Hulkenberg says he doesn’t care about Magnussen’s comments he doesn’t seem to want to let it go either. He spoke more about his feelings towards the Dane in a column he wrote for German site Sport1 and has branded him a “wannabe Verstappen”.

“I wish there were as many people talking about the race. At the moment we have different challenges in Formula 1 than the balls of a wannabe Verstappen. With Kevin it’s like having a little brother. You know he is not able to defend himself in any other way. Therefore, it’s easy to take his remarks with a smile on your face.”

If by wannabe Verstappen he means someone who ruins somebody else’s race by being too aggressive in turn two at the Hungaroring then K-Mag is more than a wannabe, because he achieved it!

Despite wanting to move on from the incident Nico carried on to say that having rivalries and drivers speaking their minds is a good thing for fans. He said:

“I’m not the kind of guy to curry favour with the public after the race, and I don’t need to insult someone. If I have a problem with somebody, I go ahead and say what’s on my mind. But the fans are happy about seeing a sport in which competition is being lived and somebody is speaking his mind. This is the fun thing about F1, especially with hot-headed sensitive people.”

It’ll be interesting to see if Magnussen comes back with any further comments on the matter, because this is quickly turning into one of the most comical spats in F1 for a while.

At least it’s good that Hulkenberg is taking it all in good humour, even if he is being rather condescending (that means talking down to people). 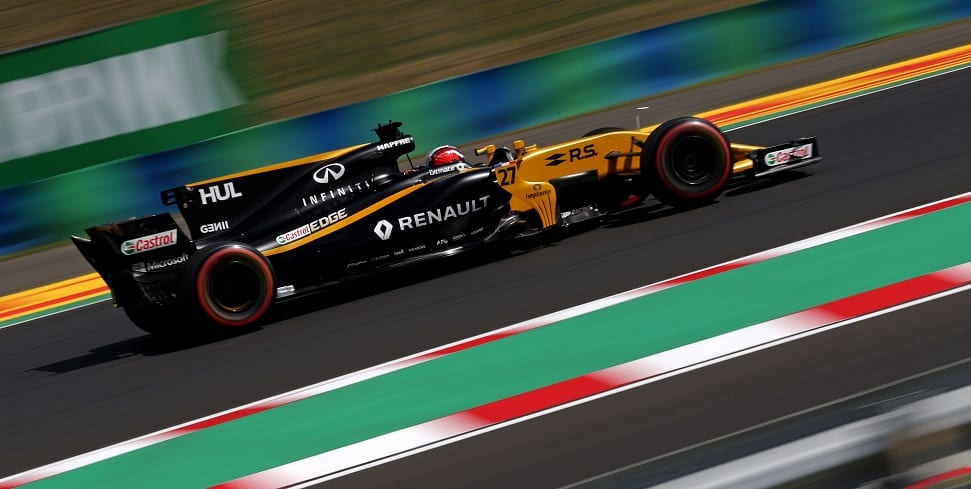