Should Vettel Have Driven More Cautiously In Germany?

He had the fastest car, a lead over his teammate of more than nine seconds, and his main title rival was having a tough weekend. The potential for Vettel to win his home race and further extend his championship lead was huge – and yet it didn’t happen.

It was an understandable error. The track was wet in some places, but not all. The rain was intermittent and quite light, so pitting would be a gamble. Plus he was on relatively old soft tyres which had taken a bit of extra punishment thanks to his team’s indecision to impose a direct team order to Kimi Raikkonen.

Drivers were losing control everywhere – Sergio Perez spun, Charles Leclerc did a 360, and Raikkonen ran wide lapping backmarkers, allowing Valtteri Bottas ahead of him. That someone would eventually make a small error with race-ending consequences didn’t seem unlikely – it just so happened that it was the race leader who tripped up.

At the time of the crash, Vettel was rapidly pulling away from his teammate, but losing ground to Lewis Hamilton. Given the tyre situation of the three drivers, that makes sense, but should Vettel have held back a bit?

Nico Rosberg believed the Ferrari driver was taking too many risks and that he would have avoided the accident had he been a bit more cautious. Speaking on Sky F1, he said:

“He threw it away. Yes, the conditions were difficult, we know that, and they are horrible as a driver, because it’s so tough. But he still had a gap to the guys behind, he could have just taken out a little bit more, gone a little bit slower and taken it a bit more easy, and he just chucked it into the wall. It’s so bad.

That’s the one corner where there is no margin for error. So in that corner you’re going to leave even more in reserve, and he didn’t. He went over the edge.”

On the other side of the coin is Max Verstappen, who felt the mistake could have been made by any driver.

“It was super tricky out there. Especially in that corner. Even if you experience the slightest lock up there, you immediately go off. These were very difficult circumstances. So things like this can happen. It could have happened to someone else just as easily.”

It’s true that at that point of the race, conditions didn’t suit Vettel’s car brilliantly. Being a bit more careful and navigating the tricky part of the race could have left him in good stead later on. But that’s with the benefit of hindsight.

Sebastian might have felt that being stuck behind his teammate for so long had damaged his tyres to the extent that he would need to make another stop. He’s pretty handy in the rain and it’s easier to gain (or lose!) big chunks of time on a wet circuit, so why not use those conditions to build as much of a gap as possible in case he did have to stop again?

Whatever the reasons, it could prove to be a turning point in the championship just at the stage that Ferrari looked to be out-performing Mercedes on pretty much all fronts. Should he have been more careful? Well, yes – but you can’t really blame a racing driver for trying to give it everything. 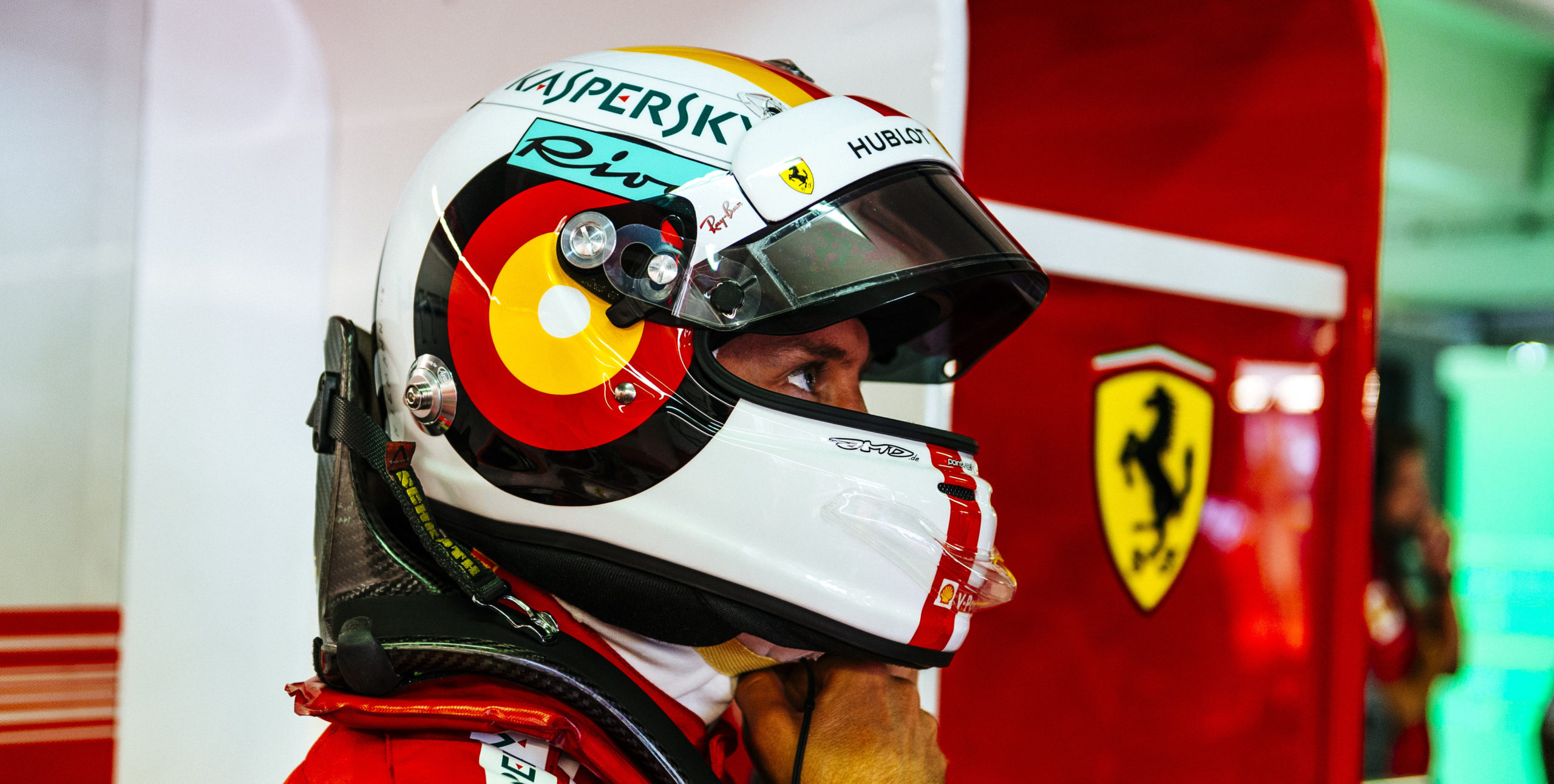