Siebel Gets Baku To The Top Spot

The ACR driver headed the two Evolution cars of Jannick Bock and Dennis Jordan, as the three Germans monopolised the podium for the third time in four races. Siebel started fourth, but executed a perfect overcut at the first round of pit stops to take a lead he would never relinquish.

Jordan started on pole ahead of the Epic Racing car of Geoffrey Fournier and the Streetfighter of Ben Hamlet. Hamlet moved straight into second while chaos ensued behind. Yuri Kasdorp touched his Green Stripes teammate Alex Cooper and affected multiple cars.

The battle at the front between Hamlet and Jordan yo-yoed down the long start-finish straight until lap nine, when the unfortunate Englishman lost the rear end on the run through the sweeping left handers that lead to Turn 15. In the process he nicked Fournier, took round three winner Petar Brljak’s front wing, and hampered Fabio Sixta.

With Hamlet, Brljak and Sixta all pitting, Siebel had reached second while Jerome Kweekel had moved up to an impressive fifth in his Madcape. He would be the first of the stoppers on lap 13. Bock managed to out drag Fournier into Turn 1 before the first round of stops, while Siebel pulled the same move on Jordan for the lead. However, that lead would increase to four seconds through the stops as Siebel would stop two laps later than his rivals.

The top three would never concertina back up again before the end of the race. There was plenty of drama in the battle for fourth though.

The second ACR of David Fidock battled its way through to fourth after a nail-biting battle with both Epic cars of Fournier and Kilk two laps from the end. After the former had tried a move up the inside and failed, Kilk was able to make his move.

Then the Estonian tried the outside of Fidock on the final lap. The orange car was squeezed against the exit wall and had to yield. But he was able to use DRS for another try at turn three. Fidock defended brilliantly to cement his best result of the season.

Kweekel ran into trouble late on as both Madcapes missed out on points as only 19 cars finished the race. Cooper drove brilliantly to take GRS’s first points of the season with Matthias Muuss, Brljak and Liam de Waal rounding out the top 10. Eros Masciulli, Dino Paolini, Daniel Kiss, Michael Eyres and Fabio Sixta completed the points finishers.

The result means that the top five in the standings remain exactly the same, with the gap closing slightly to 13 points between Bock and Siebel.

The gap in the Constructors’ Championship is 50 points between Evolution and ACR, while Red Archer holds fort in third. GSR and Measuric scored their first points of the season. 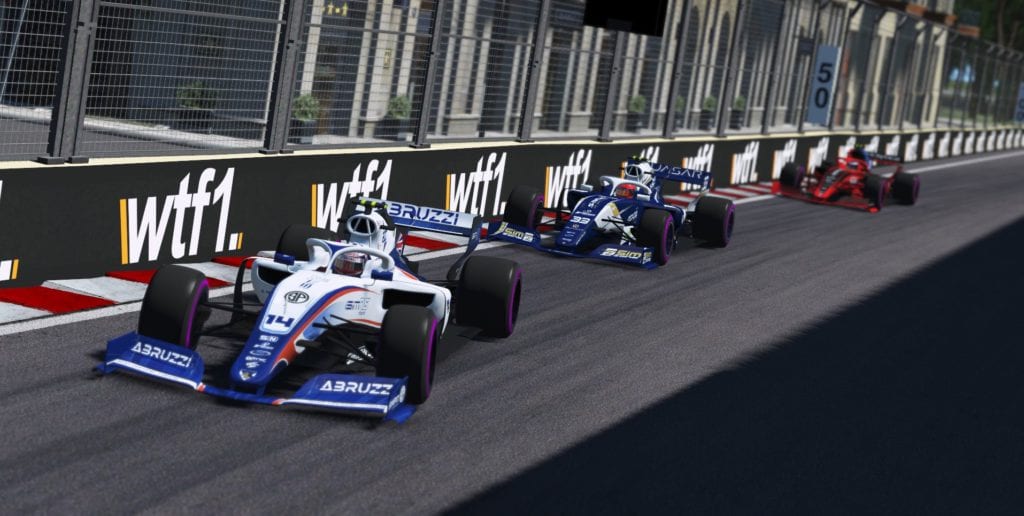