When the season eventually gets underway, Formula 1 management appear to have been keen on the idea of hosting a pair of double-headers at the same track on consecutive weekends. This not only ensures the season kicks off in double-quick time, but by using the same circuits twice, they act as a replacement for some of the races which are unable to host races this year.

The apparent plan is for the season to start in July with two races at the Red Bull Ring, followed by two races at Silverstone. However, the planned British leg of the season was recently called into question over reports that the BRDC was asking for too much money, with some suggestions that Hockenheim may end up replacing it. However, a deal has now been reached and Silverstone will indeed host two races this season – assuming the global situation (and any future rules imposed by the British government) allow for it.

The worry is that the government is planning to introduce a 14-day quarantine period for people returning to the UK, which would make it difficult (to say the least) for teams to come from Austria, straight to Silverstone, without a significant gap in between – a gap that Formula 1 cannot afford to include in what is likely to be a packed revised calendar. And that’s not to mention the British teams returning to the factory between other races during the season.

According to BBC Sport, F1 is trying to work with the UK government to grant an exemption for the teams. You’d think such a thing would be possible, as over in Belgium, the government has given spa the green light to host the Belgian GP behind closed doors in August, despite a ban on mass gatherings being in force until the end of that month.

Races without fans is something it seems many circuits will have to enforce this year, with Silverstone being no exception. Hopefully Lewis Hamilton has been using the past couple of months to come up with a new catchphrase to say on race weekends…

There’s also the matter of whether Silverstone will use the same layout for both events, or whether it could mix things up a bit of the second race. The earlier suggestion of doing the track backwards simply wouldn’t be feasible, but the circuit does have the International layout – which cuts across from The Loop to the beginning of the Hangar Straight – which it could potentially use. It’d be a ridiculously short lap and mean that iconic corners such as Copse, Maggots, and Becketts would be cut out, but it’d at least be a different challenge for the teams and drivers.

Otherwise, there’s a bit of a worry that doing the same circuit two weekends in a row would probably lead to very similar races with a similar result unless the weather was dramatically different. It’d need the approval of the FIA, but it could be doable.

F1 has still yet to release an official version of its revised calendar. 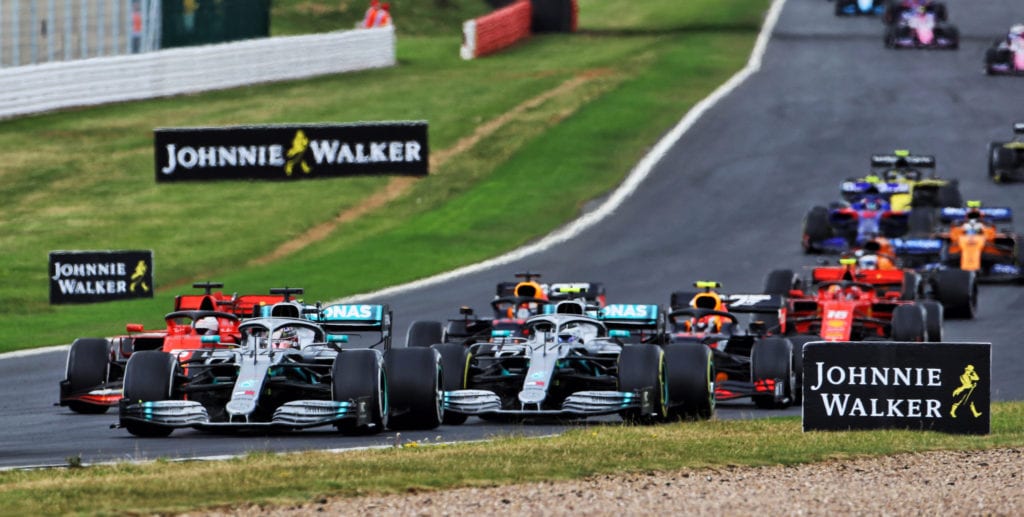