Silverstone Has Dropped A DRS Zone For This Year’s Race – WTF1
Skip to content
×
Formula 1 , News

Silverstone Has Dropped A DRS Zone For This Year’s Race

It may have led to crashes too. Both Romain Grosjean and Marcus Ericsson flew off the track at Turn 1 with their rear wings still wide open, as most cars did not have the capability of negotiating the flat-out kinks with the DRS active. It was no problem for Red Bull, but Red Bull is the only team with Adrian Newey designing its car.

The change was made in 2018 to help promote overtaking and closer racing into the slow, clumsy hairpins of Turns 3 and 4, but failed to do that too. The zones on the Wellington and Hangar straights remain, of course, and lead to two fantastic overtaking opportunities at Brooklands and Stowe.

Lewis Hamilton called the inclusion of the third DRS zone “kind of a pointless exercise, and kind of dangerous”, while former race director Charlie Whiting put the incidents down to “driver choice” – but agreed that it was a wasted effort.

For his pole lap last year, Hamilton toggled the DRS off at Turn 1 before reactivating it for Turn 2 – which gives you an idea of how challenging it was even on fresh, sticky tyres and minimal fuel. I can’t say it will be missed by fans and (probably) drivers. 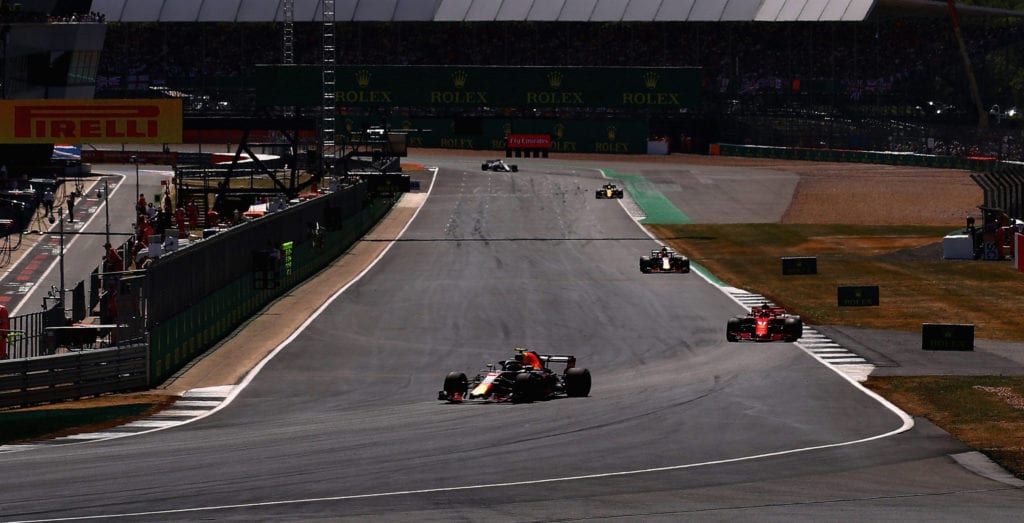