Just like the Red Bull Ring, Silverstone is getting a third DRS zone in order to try and boost overtaking. It’s being added on the start-finish straight and because DRS doesn’t close unless drivers either slow down or switch it off manually, that means we could theoretically see cars go through the first two corners – Abbey and Farm – with it open. It’s a bit of a throwback to 2011 and 2012, when drivers could use DRS whenever they wanted during practice and qualifying.

Back then a few cars were able to tackle the first two corners with DRS activated, so with the extra aero and fatter tyres it should be no problem for everyone (yep, even the Williams drivers) to manage it in qualifying at least. Whether or not it’ll be possible in a race situation with the dirty air of a car ahead remains to be seen.

Aside from the spectacle, it could actually have a decent effect on the racing, despite the fact the pit straight is relatively short. If drivers can manage to keep their DRS open through the corners in a race situation, the way the aero balance will shift forwards could actually offset the understeer caused by dirty air and allow them to stay close into the braking zone for the tight right-hander at Village.

Either way, it could make for some spectacular moments – and not just in F1, but in F2 and GP3 as well. With the reduced amount of downforce in those series, it’ll take a fair bit of bravery to turn into Abbey flat-out with the rear wing open. And if there’s one thing drivers in junior series’ aren’t lacking in, it’s bravery… 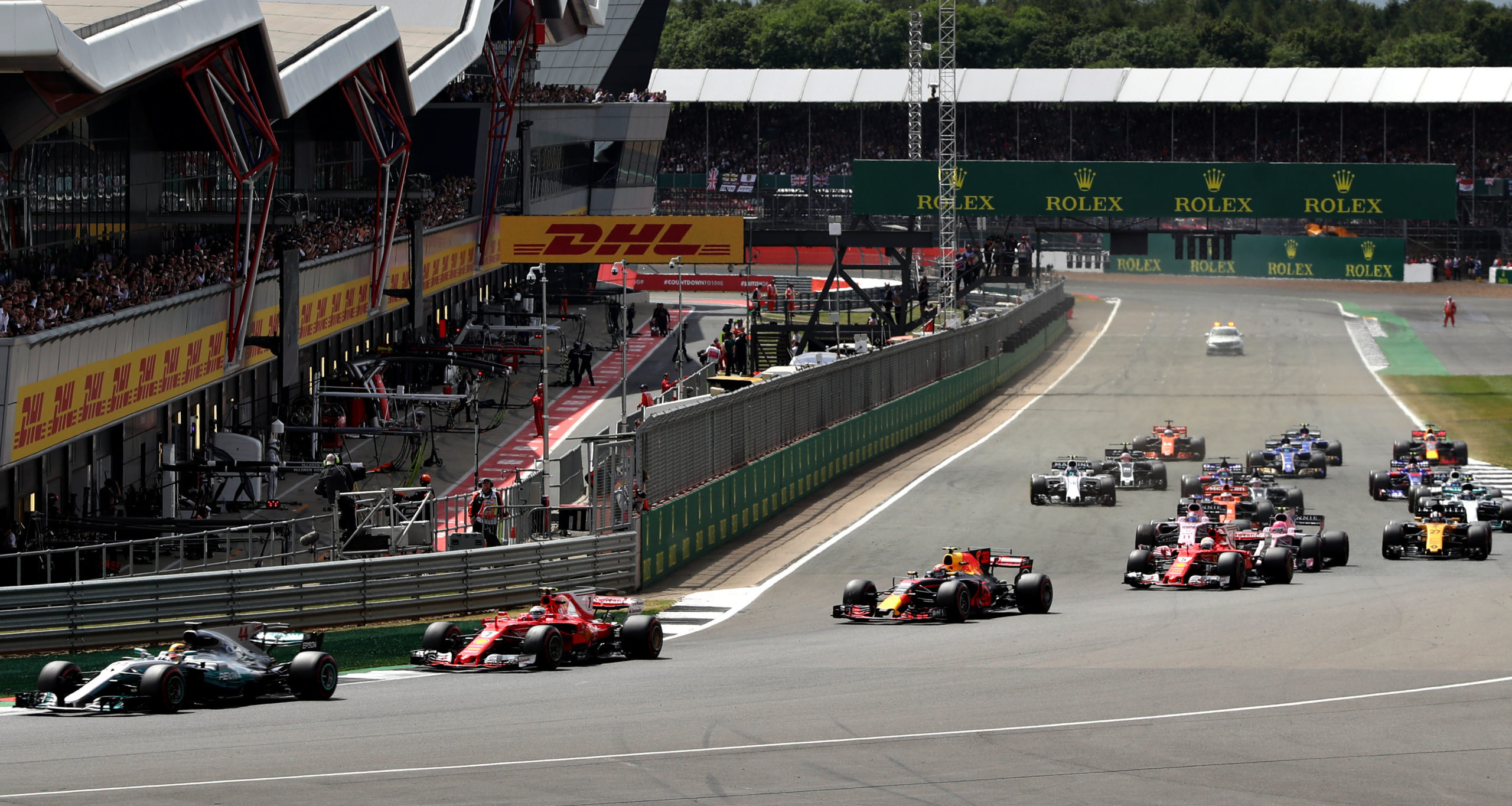