Sir Jack Brabham Is Being Honoured With A Commemorative Coin

The coin itself looks pretty awesome. It features a portrait of ‘Black Jack’, the Brabham BT19 he won his last championship with in 1966, and a race track coloured with green and gold – the national colours of Australia and also the colour of his early cars.

Sir Jack is one of the greatest and most important names in motorsport history. He helped to kick start the rear-engined racing revolution in motorsport, winning two titles with the Cooper team to become Australia’s first Formula 1 World Champion. He then left Cooper to start his own team and added a third title to his achievements, becoming the only driver to win the championship in his own car.

Jack’s youngest son David said: “To have our father recognised through a commemorative coin by an iconic national institution, the Royal Australian Mint, is really special and very important in carrying the Brabham legacy as my father’s achievements are likely to never be repeated with today’s technology replacing hands-on experience. This coin encourages us all to share the Brabham legacy and recognise what is possible if you put your heart, soul and mind into it just like Jack, a pioneer of his time.” 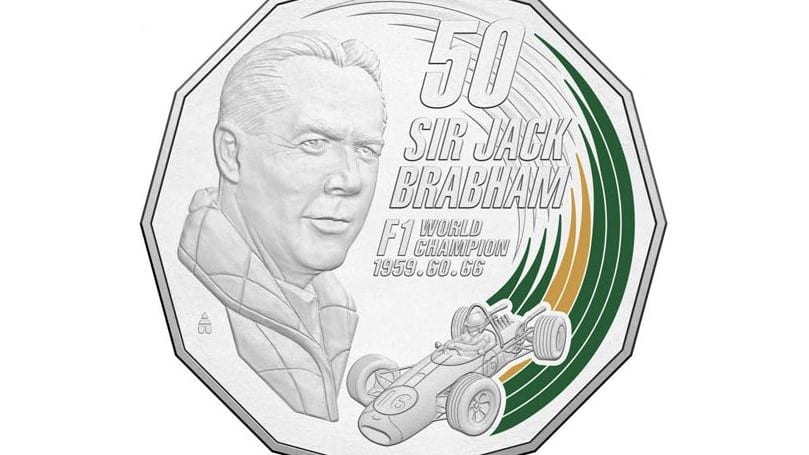