Sir Stirling Moss Has Passed Away

Where to start with Stirling Moss? In his F1 career, he won 16 races from 67 appearances – remarkable, that’s still more than any other driver without a world championship to their name. But he wasn’t just the greatest driver to never win a championship, Moss was so talented that he wouldn’t be out of place in a discussion about the greatest F1 drivers, full stop. He was runner-up four years in a row from 1955 to 1958, and then third in the championship in the three years after that, before a huge accident in a non-championship race at Goodwood in 1962 put an end to his racing career at his peak at the age of 32.

But Moss was more than just an F1 driver and has phenomenal success in sports cars, too. Perhaps his most famous drive came in the 1955 Mille Miglia, where he completed the 1000-mile route on public roads in Italy in 10 hours, 7 minutes and 48 seconds – that’s an average speed of close to 100mph. In 1955.

Two of his greatest F1 races came in 1961 where, driving an underpowered and uncompetitive Lotus, he bested the mighty Ferrari team at Monaco, and was then rewarded with a gutsy win at the Nordschleife in the rain following a bold tyre gamble.

During his 15-year career, Moss won 212 of the 529 races he entered. And although his time at the top level was cut short, he did later compete in the odd event and remained active in historic racing, not officially retiring from racing until 2011, and then stepping away from public life in 2018.

After a long illness, Moss passed away in bed at his home on the morning of Easter Sunday at the age of 90. His wife Lady Moss was at his side, saying “”He died as he lived, looking wonderful. He simply tired in the end and he just closed his beautiful eyes and that was that.” 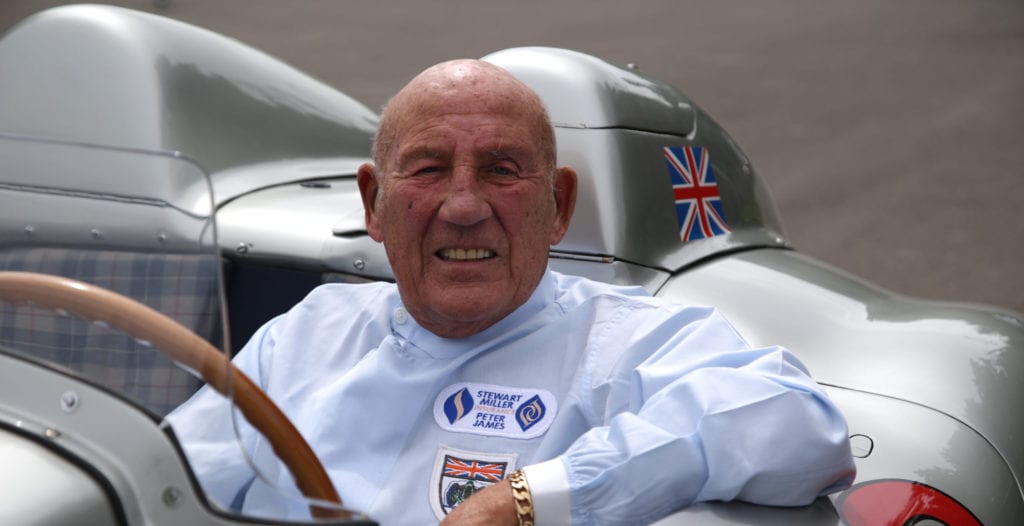