Sirotkin Isn’t Too Fussed About The Hype Of Having Kubica In The Team – WTF1
Skip to content
×
Formula 1 , News

Williams became the second team to launch its car for the 2018 season, albeit digitally again. It was a chance, however, to hear from the team’s new driver line-up, Lance Stroll and Sergey Sirotkin.

With a combined age of just 41 the duo is the youngest line-up on the grid, but have experience from Robert Kubica who joins the team as a reserve and development driver.

It’s been almost impossible to ignore the general fan frustration at seeing Kubica miss out on a race seat, so we asked Sirotkin if he felt any added pressure given the hype around Bobby K’s potential comeback. He told WTF1:

“I just need to do it right, how I know I can deliver, and it’s going to be enough. I’m just focusing on doing my best.”

But Kubica’s reply was the one that raised a smile when asked about his how his job is to support the Russian.

“It’s supposed to be like this but… [laughs]. It’s a special situation for me, so I think the most important thing is to help the team and support the team, otherwise that would not be good, from both sides, from the team’s position and my position.

“For sure, my priority was to compete for a drive but in the end I needed to be involved in the technical side. But from my point of view you need to have opportunities to drive the car, to help the team, otherwise my role will not make sense. If I’m here and don’t get to drive the car it will not make sense at all, so in order to also help the drivers, it’s important for me to be there to drive for research, information and experience.”

Kubica also revealed at the event that he will do three FP1 sessions this year: Spain, Austria, and a third, which is believed to be Abu Dhabi. 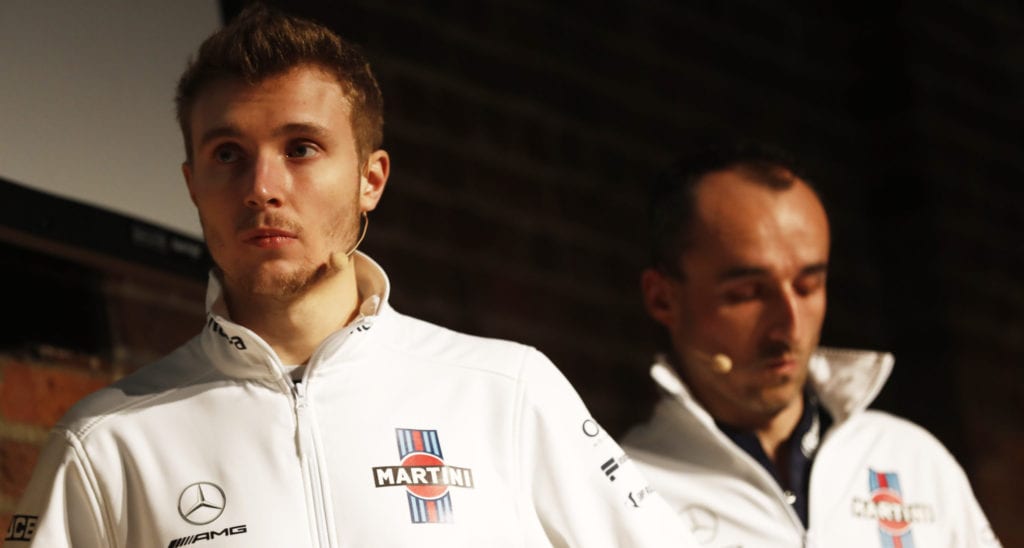