Win Two Tickets To The British Grand Prix With SleepHalo

WTF1 has partnered up with SleepHalo to give one lucky fan the chance to win a pair of grandstand tickets to the British Grand Prix.

SleepHalo is a wireless charger for your mobile phone that is designed to help prevent and reflect radiation whilst you sleep. The enclosure for your phone will help give you peace of mind whilst charging your phone next to your bedside.

Regardless of which side of the bed you sleep on, the SleepHalo can be used on either bedside table for super convenient and smart charging whilst you catch up on your beauty sleep. It’s also totally portable and can be neatly packed away if you are travelling.

Designed in the UK, SleepHalo is the brainchild of David Clark who is known for his influence in the award-winning Road Angel brand. Clark’s wife was suffering from night-time migraines, and discovered that these reduced significantly when they removed their phones away from the bedside table.

The goal was then to find a solution to keeping their phones nearby for things like alarms in the morning, whilst also reducing the associated radiation that came with that.

Clark and his wife aren’t alone in having concerns about sleeping in such close proximity to their mobile phone devices.

In a recent YouGov survey, 63% of British adults said they are worried about the harm that could be caused by mobile phone radiation.

We already love wireless charging when it comes to our phones*; no faff with cables and plugs, just simply place it down on the charger and chill out. With SleepHalo, as well as being a great charging point, the sleek and charming design delivers Electromagnetic Field shielding.

Now, SleepHalo knows that we’re all dreaming of being able to attend an F1 race this year. Every. Single. Night.

We often think about being at a race track, getting to meet drivers and other motorsport fans and soak up the excitement of F1 in person. SleepHalo hear you loud and clear, and are offering one lucky F1 fan the chance to win two grandstand tickets to the British Grand Prix. Quite literally a dream come true!

As well as a pair of grandstand tickets to the incredible British Grand Prix, you will also win a twin pack of SleepHalo wireless chargers. That’s one for you, and another for your partner, best friend or a family member.

To enter, all you have to do is follow both @wtf1official and @sleephalo over on Instagram, and tag a friend in the comments. It’s as easy as that. WTF1 will pick one winner and it could be you who gets the two grandstand tickets!

*Wireless charging will only work if your mobile phone device uses technology that allows it. 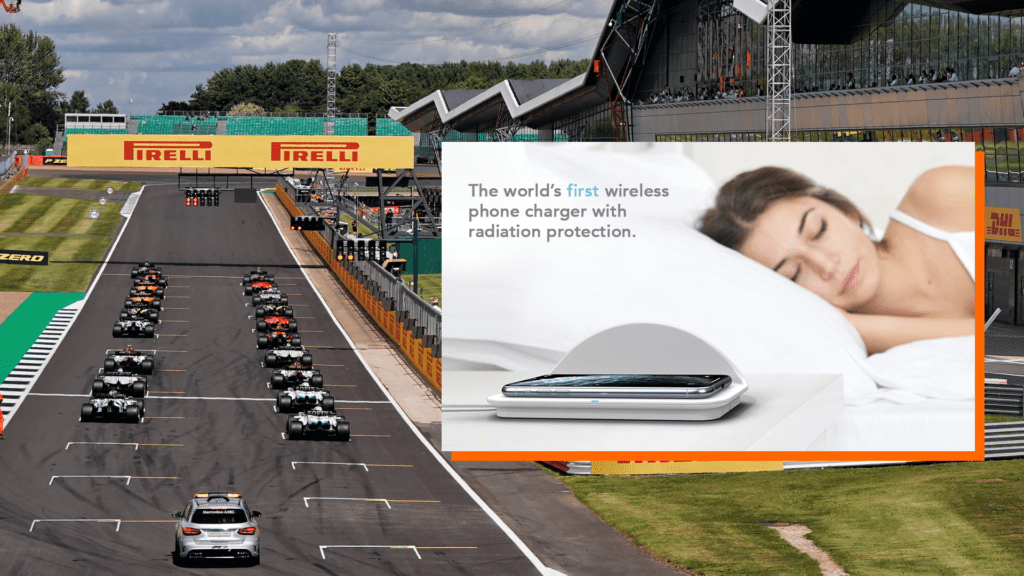