So This Is Audi’s First Formula E Car, Kind Of

The start of the fourth season of Formula E is still a good few months away but already cars are beginning to be revealed, with one of the most anticipated being from Audi.

Sure they’ve been in Formula E since the beginning as Abt but this is now a factory-entered effort, joining a bunch of other manufacturers that are being drawn to the all-electric series like a moth to a lightbulb (pun intended).

While the livery certainly looks a lot more ‘Audi’ than the previous Audi Sport Abt effort, the biggest surprise is not the new colour scheme but the fact that three-time Le Mans winner Allan McNish will become the team principal of the team.

And speaking of Le Mans, Audi have given the new car the ‘e-tron’ tag used by its LMP1 cars before they pulled out of the World Endurance Championship at the end of 2016.

Driving the e-tron FE04 will be reigning FE champion Lucas di Grassi and Daniel Abt, both of who raced for the team last season. Well, Audi Sport Abt, anyway. 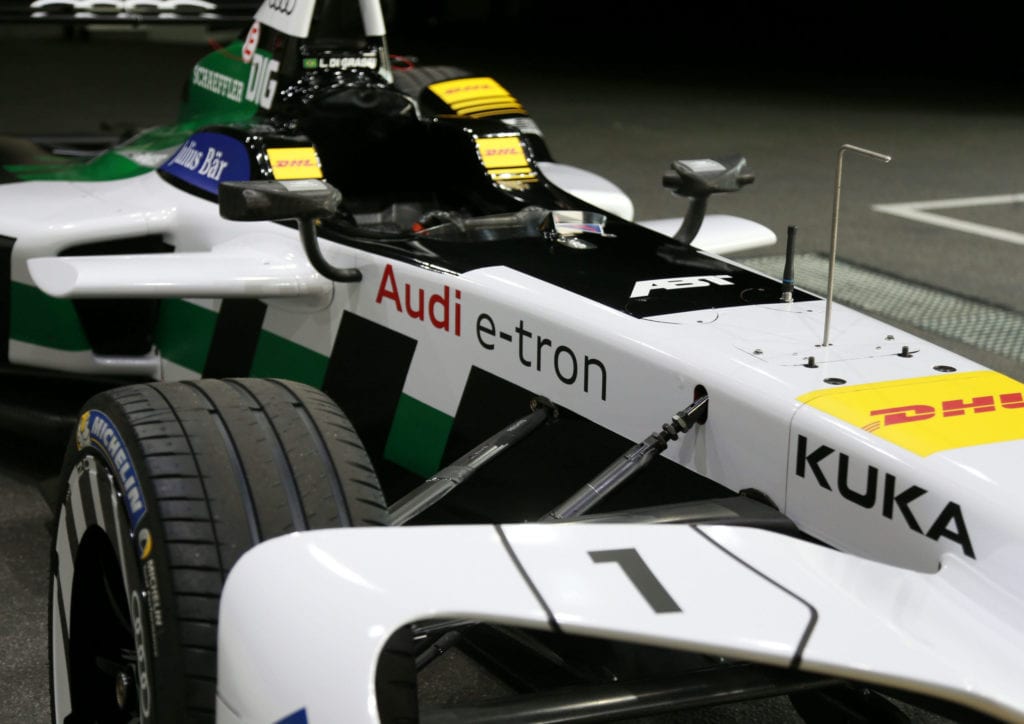