Some Drivers Are Hoping For Rain In Qualifying To Boost Them Up The Grid – WTF1
Skip to content
×
Formula 1 , News

Interchangeable weather could play a massive role in the first qualifying session of the year, and possibly even the race too. Forecasts expect steady rain for Saturday’s quali session at Albert Park, and this is likely to influence the running order of teams that we haven’t even fully realised just yet.

Given that wet conditions often nullify significant power unit advantages, the likes of Red Bull and McLaren could benefit from such conditions. Tricky conditions could give us the unpredictability that we crave and also increase the rate of incidents and overtakes at a circuit renowned for posing difficulties in making a pass stick.

The Red Bull duo in particular could benefit from rain as GPS data from practice shows that the RB14 isn’t losing any time to the Mercedes through the corners in dry conditions. If the advantage the Silver Arrows enjoys on the straights is reduced by a downpour, then Max Verstappen could have an opportunity to fight for pole position in qualifying and leave Daniel Ricciardo rueing his three-place grid penalty. Verstappen, who is a menace in the wet, is hoping the rain arrives for Q3 on Saturday. He said:

“It is not so engine dependent in the wet, and it is a bit more tricky to go on power. Our car normally works quite well in the wet and I enjoy it as well, so hopefully tomorrow will be wet.”

Fernando Alonso is another driver looking to make the most of the moisture:

“We lost a little bit of time in first practice with some issues but we managed to recover everything in the second session, and now we need to analyse everything to get the best package for tomorrow. The weather is going to affect everyone and we’re used to these changeable conditions here, so hopefully we can maximise every opportunity.”

Another issue that may arise with wet conditions is the effect the introduction of the Halo could have on driver visibility. We’ve already seen the flip-flop view that is making the onboard footage a bit difficult for the viewer, but interchangeable conditions might create some difficulties for the drivers too.

In the pre-season test, Carlos Sainz mentioned that the Halo deflected rainfall to such a degree that precipitation wasn’t visible on his visor. If the rain is irregular or light in qualifying, then drivers will have to rely on the feel of the track and their own judgements rather than the visual cues that they may have relied on in the past.

Rain would definitely be welcomed this weekend in Melbourne and would see the ‘guesstimations’ of the genuine running order continue until Bahrain. 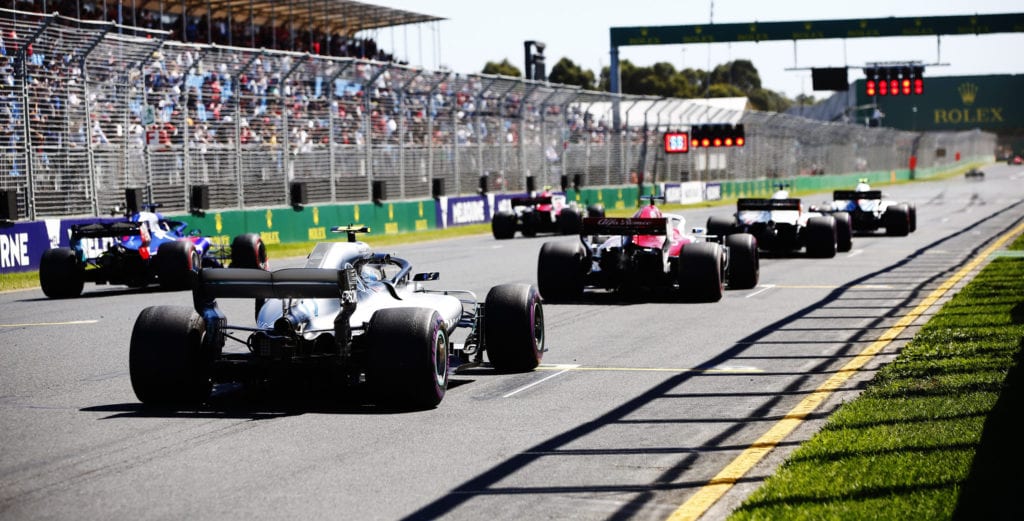