Some Surprising Changes Have Been Made To The Chinese GP Weekend To Celebrate The 1000th GP – WTF1
Skip to content
×
Formula 1 , News

As you might expect, the 1000th world championship race isn’t just going to be allowed to pass us by with just a few minor celebrations and a perfunctory marketing campaign. Instead, Liberty Media, the FIA, and the teams have all come together to agree upon a bumper programme of activities – with some very surprising changes.

Prior to each session there will be a demo of classic F1 cars. That might not sound special given that old F1 cars make appearances at other races, but this is a bit different: Every single car that’s won either championship since 1950 will be there and, where possible, will be driven by the drivers who raced or tested them in period. That’s over 100 cars, ranging from the very first Alfa Romeo 159 from 1950 to last year’s Mercedes W09 all on the track together.

Retro liveries are also going to be a thing. The FIA has made an exemption to the rules for this weekend alone allowing teams to change up their liveries to pay tribute to a classic colour scheme from years past. Teams will also be allowed to run different liveries on their cars – think Williams running a Rothmans car and a Saudia car, or McLaren with a chrome livery and a Marlboro throwback. Teams with a smaller history, such as Haas, may have to make do with a tribute that’s only a year or two old. Then again, there’s nothing to stop them running a livery of a defunct team, like Ligier, BRM, or even something from the short-lived Poliflora squad of the 1960s.

It’s interesting to note that although the FIA has said that it is strictly optional, the teams themselves were apparently the ones who pushed for this change, which suggests that there are already workarounds for any potential sponsorship issues that might come from running retro liveries. Here’s hoping they actually follow through with it – we can’t wait to see what they might look like!

Looking towards the on-track action, there’s going to be a very special race on Friday morning before FP1 – all 10 F1 drivers who’ve scored more than 1000 career points are going to race against each other in Ferrari 375 F1 cars from the 1951 season, recommissioned and built by Ferrari itself. That means we’ll see Lewis Hamilton, Sebastian Vettel, Fernando Alonso, Kimi Raikkonen, Nico Rosberg, Ralf Schumacher (replacing brother Michael for obvious reasons), Jenson Button, Felipe Massa, Mark Webber and Valtteri Bottas hooning around for five laps of the circuit in identical cars. How will they get on when racing cars which could hardly be more different to what they’re used to racing?

Further on in the weekend, after FP3, there will be another ‘race’ – this time on foot. 1000 racing drivers from all disciplines, past, present and future, will all compete in a foot race to run around the Shanghai International Circuit. Setting off in groups of 100 (after all, 1000 people setting off at once would be silly), the person who runs around the track the fastest will be rewarded with a test in Nico Rosberg’s title-winning Mercedes from 2016.

Onwards to qualifying itself and there’s going to be another format change – one which its hard to believe has actually been approved given that it will affect the racing. The 10 drivers who get through to Q3 won’t set their final laps in their own F1 cars but instead will take the wheel of a 1000bhp-plus turbo monster from the 1980s. The 10 cars that have been prepared will include the likes of the Brabham BT54, Williams FW11B and Lotus 86T.

Obviously, there’s going to be a huge difference in performance between the cars, so to try and make it fair the drivers will get to pick their car based on where they finished in Q2 – the fastest driver gets first pick, the second fastest gets second pick, and so on. With the drivers having had no practice in the cars at all, the shootout for pole is going to be more down to who’s bravest than who’s fastest.

Liberty has also somehow managed to push through some changes to the rules of the actual race. Instead of five lights coming on at the start there will be 1000 lights, which will really test how long F1 cars can sit on the grid without overheating, as well as potentially creating carnage as 20 drivers get to the first corner with cold tyres and brakes. The race itself is also being tripled in distance to last for 1000km instead of 305km. Naturally, that could play havoc with the limits imposed on gearboxes and power units so the FIA has said that this race will be exempt from component usage, while Pirelli is bringing 1000 extra sets of tyres to make sure drivers have enough to complete the race.

Stupidest of all, however, is the change to the points system. The race winner will get 1000 points, second will get 900 points and so on, which could totally wreck the championship. If it’s a crazy race – which with 80s cars in qualifying, 1000 lights to wait for at the start and a triple-distance race, it probably will be – then there’s a chance that 2019 championship could basically end up being decided in China. And if you ask me, creating a situation where the championship could be decided in April is kinda foolish. 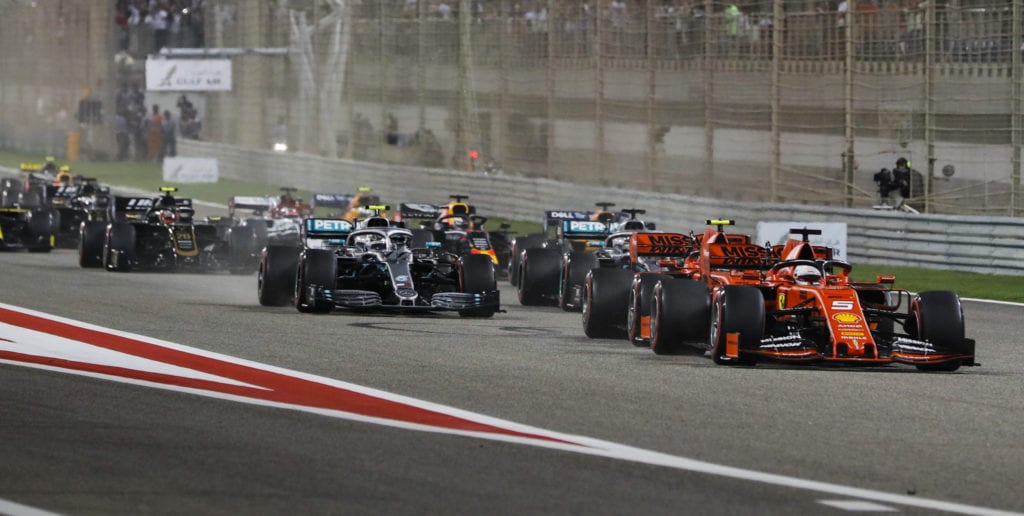