Somebody Not Called Sebastien Won The WRC Title For The First Time In 16 Years – WTF1
Skip to content
×
News , Rally

Sebastian – and its French form Sebastien – is surely the racing driver name of the 21st century so far.

However, it’s over in the World Rally Championship where Sebs have really made a name for themselves. Sebastien Loeb won the championship in 2004, the first of a staggering nine in a row. He took a step back from the WRC in 2013, only for countryman and namesake Sebastien Ogier to pick up where he left off, winning six championships of his own and making it 15 straight seasons of Sebastien dominance.

However, that streak has now finally come to an end. Ogier made the switch from M Sport to Citroen for the 2019 season and though he was in contention to make it seven in a row, he’s fallen short. Toyota driver Ott Tanak has won six rallies this year and been generally excellent all-around, and he clinched the title with a second place at the penultimate event of the year in Spain.

This will surely come as a delight to whoever has the job of engraving the WRC trophy, who by now must be sick to death of spelling Sebastien. I’ve typed it out 11 times so far in this article alone and I’m already fed up.

As well as being the first non-Sebastian to take WRC honours since Petter Solberg back in 2003, Tanak has also notched up a couple of other achievements. He’s the first Estonian driver to win an FIA World Championship of any kind, and the first driver to win a WRC title for Toyota in a quarter of a century – the last driver to do so was Didier Auriol back in 1994 (although Carlos Sainz Sr came heartbreakingly close in 1998).

So, is the reign of Sebs over? Not quite. Buemi’s WEC title this year ensures there’ll be at least one Sebastien collecting an FIA World Championship trophy at the FIA Gala at the end of the year, the 17th consecutive year that’s been the case. The chances for making it 18 in 2020 are strong, too – Buemi will be going for a third WEC title, and in rallying Ogier is next season his swansong year before retirement. And of course, Vettel is still knocking around in F1 as he chases a fifth championship.

The future of Sebs looks healthy, too – Juan Pablo Montoya’s 14-year-old son is currently going through the karting ranks. Being a Montoya means he’s an incredible prospect anyway – being called Sebastian Montoya is surely going to make him OP. 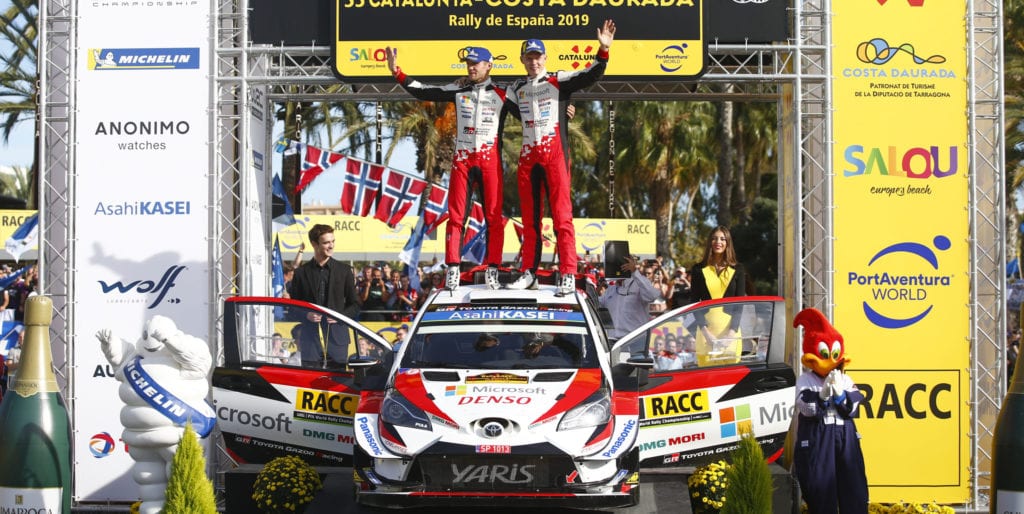