F1 Delta Time is an officially licenced F1 game based on a blockchain platform – the same technology used to manage cryptocurrencies. Gaming is one of the many applications of blockchain which are starting to emerge thanks to what are being called ‘non-fungible tokens’ (NFTs).

It can all be a little confusing, but the long and short of it is that F1 Delta Time (which has been developed by Animoca Brands in partnership with Liberty Media) operates on an NFT platform, whereby the NFTs are virtual F1 cars (along with other assets, such as drivers) that can be bought, sold, and traded. Each asset will have its own attributes which will have an effect on the way the player is able perform on track – the rarer the asset, the better the performance (according to the game’s official website, anyway)

We partnered with @F1 to make the #blockchain game "F1 Delta Time"! Phased launch starts in May. Check out the announcement and images at https://t.co/Dbav7oK57R #f1 #blockchaingames #nft #racing pic.twitter.com/ra8epfryWr

So, where does that six-figure sum of money fit into all of this? Well, Animoca Brands recently held an auction for F1 Delta Time’s first asset – a completely unique, one-off F1 car named the “1-1-1”. Given that it’s set to be the only car of its type, presumably its stats will be pretty good, as well as having the whole rarity thing going for it.

As a result, an anonymous bidder has used the Ethereum cryptocurrency to pay the equivalent of a staggering $101,336.40 (that’s almost £80,000) for the virtual – yes, virtual car. And to think we might complain about having to pay a few bucks for a DLC pack!

As crazy as it may sound, it’s worth remembering that although it is a digital asset, it can be sold and traded. Plus, dealing in virtual content isn’t exactly a new concept – things like World of Warcraft accounts have been bought and sold online for years.

It all depends on whether F1 Delta Time becomes a success in the world of blockchain gaming. If so, then the anonymous bidder might just have got themselves a pretty good deal. If not then, well, at least the 1-1-1 should be competitive in the actual gaming aspect of things. It certainly puts a whole new spin on the meaning of ‘pay drivers’! 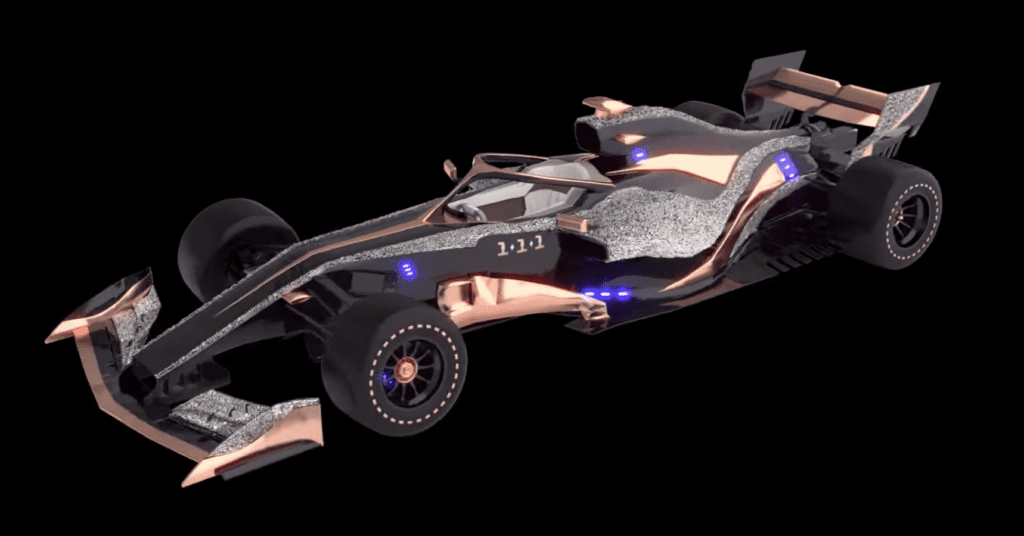