Someone Has Entered An IndyCar Into This Year’s Pikes Peak Hill Climb – WTF1
Skip to content
×
Fun , Indycar , WTF
6 comments

Sorry, did I read that correctly? An IndyCar at Pikes Peak? Someone pinch us! This insane story has left all in disbelief, but American racing driver JR Hildebrand has entered a 2021 Dallara DW12/IR18 into this year’s hill climb event.

Oh, and you would be right in thinking that the model of car entered is a 2021-spec IndyCar. Bloody madness.

Although this is only an entry list and could be subject to change at the hands of the Pikes Peak International Hill Climb, the IndyCar could be one of the fastest cars to have ever entered the event in its 99 years.

Understandably, if this IndyCar does make it to Pikes Peak, it’s undoubtedly going to be a contender for the fastest lap of all time in the event. The record is currently held by Romain Dumas in the all-electric Volkswagen ID.R prototype and was achieved in 2018. Dumas became the first person to break the 8-minute barrier when he crossed the finish line in an astounding time of 7:57.148.

JR Hildebrand, the maniac who will be behind the wheel of this record attempt, is no stranger to IndyCar. He was crowned the 2009 Indy Lights champion and came so close to winning the 2011 Indy 500 as a rookie before he hit the wall on the final corner of the race and ended up finishing second.

This isn’t the first time an IndyCar has taken to the world-famous Pikes Peak Hill Climb either. Although it’s normally favoured by diesel-powered beasts or all-electric prototypes, there is still the opportunity for the odd racing car to tackle the 12.42 mile ascent if anyone is brave enough to do so.

Although there is still no statement from Hildebrand or a press release on the news at all – in fact, the whole entry seems to have been rather overlooked – we are hoping that it actually happens because it could be the coolest thing *Jeremy Clarkson pause* in the world.

If you could take part in Pikes Peak, what would you want to race to the top? 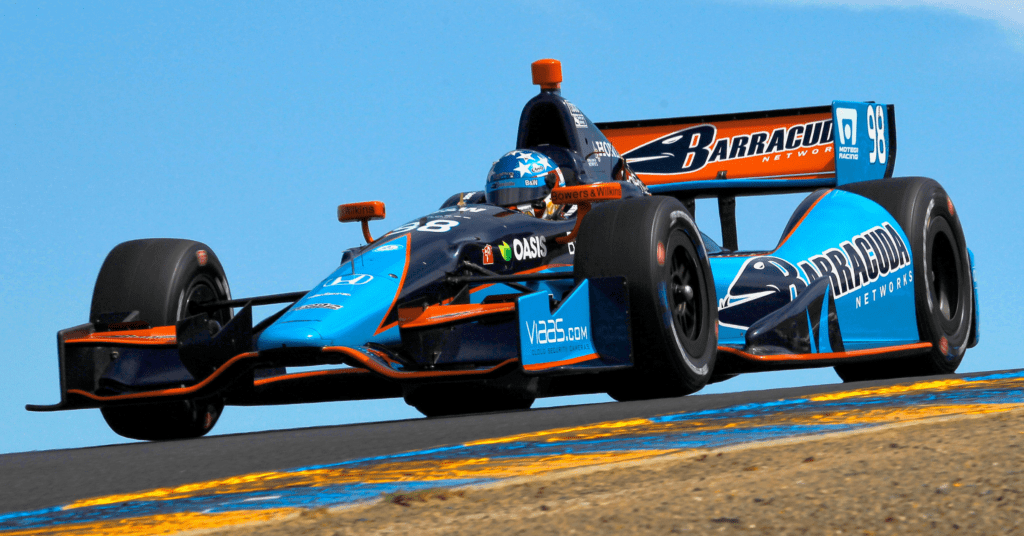