McLaren driver Alonso pulling off track with a mechanical issue during Q1 for the 2015 Brazilian Grand Prix was no great surprise.

But, the Spaniard kicking back in a deckchair by the side of the track, wind flowing through his hair, was particularly unexpected.

That one moment created one of the most famous, hilarious and best Formula 1 memes of all time with #PlacesAlonsoWouldRatherBe.

He even went on the hunt for a deckchair after breaking down in FP2 for last year’s Brazilian GP, finding one next to a TV camera and even giving it a go. His banter is unreal.

Well, now, you can buy a 1/8 figure of the Alonso deckchair moment. SHUT UP AND TAKE OUR MONEY.

Printstrike sells a whole load of 3D-printed figures from the worlds of football, basketball and motorsport – the Alonso deckchair figure is one of many in the McLaren section.

Sure, it doesn’t look perfect, but the 3D-printed Alonso meme gets incredibly close to the real thing. Alonso must be ordering one himself pretty soon.

The figure isn’t particularly cheap either, but the fact it’s Alonso in his iconic deckchair pose makes the £97.44 price tag very tempting. Find out more here. 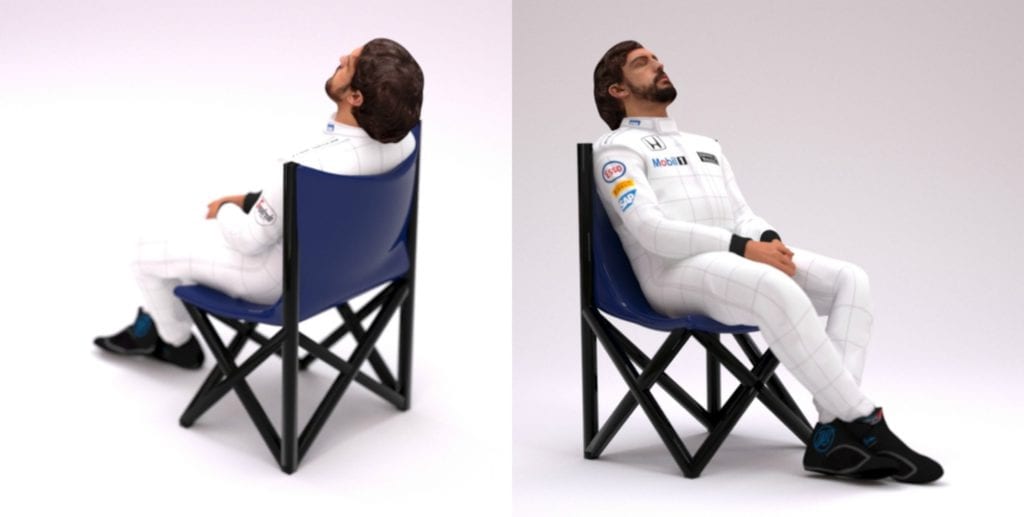