George Russell is certainly guilty of posting the odd shirtless selfie to Instagram. So much so, that it’s become a bit of a joke among the guys on the grid!

Well, one Instagram user has taken things into their own hands and started photoshopping the shirts BACK ON George Russell 🤣

The new account @georgerussellshirt describes its purpose as simply ‘adding shirts back onto George Russell’ and adds, to quote the popular Russell meme, ‘in all honesty, I am a massive fan of this’.

Whoever is behind the account has some seriously good photoshop skills and clearly quite a bit of spare time over the summer break, but we appreciate their efforts nonetheless.

Fortunately for this account, there are many shirtless pics of George floating around for them to photoshop, so they will certainly have enough content for a while!

We wonder if it has been made by one of the drivers, like Lando Norris or Alex Albon, who are always rinsing George for all his thirst traps and shirtless pics. Albon even roasted George about his shirtless pic addiction during a Reddit Ask Me Anything a few weeks back.

“Obviously, no shirtless picture of George is good,” Alex joked. “I was pretty surprised with his last photo. He somehow managed to make it look like he needed to undo his buttons playing croquet? Who knew croquet was so physical!” 😂

So random, we love it. 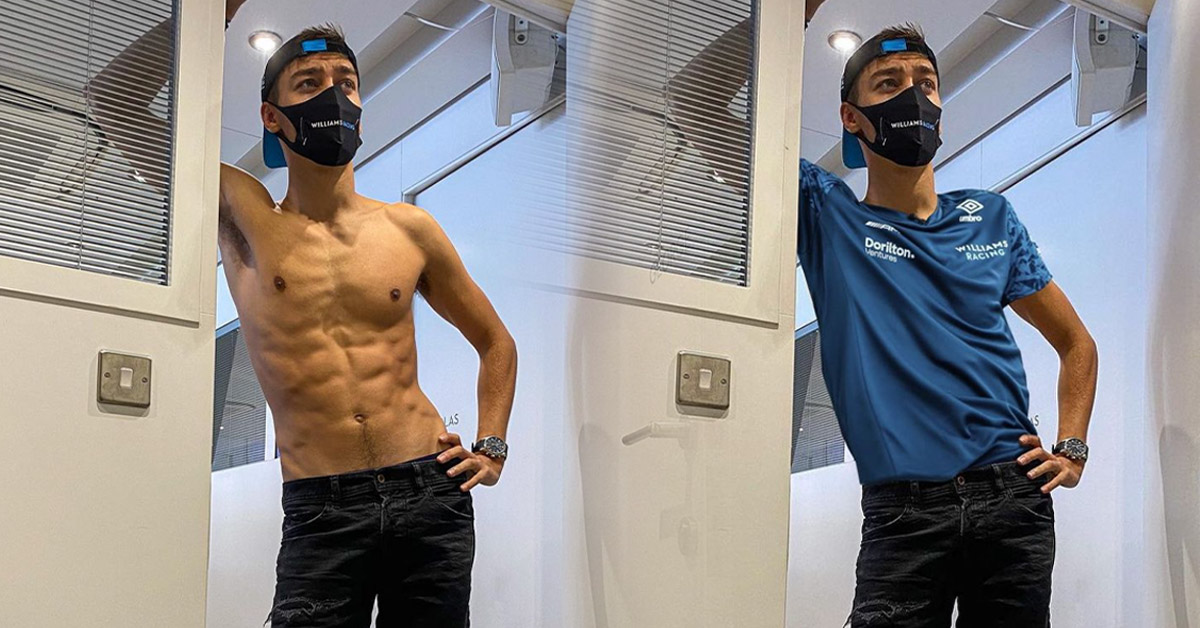