It’s true that Alonso would like to return to F1. Whenever he’s asked about it, he mentions something about there being unfinished business. However, just because he’s keen to make a comeback it doesn’t mean that it’s going to happen.

With last weeks driver movement involving Sebastian Vettel, Carlos Sainz and Daniel Ricciardo, a seat has opened up at a team where Fernando not only had tons of success but also seemed his happiest at – Renault. Naturally, that sent the rumour machine into overdrive as everyone pulled out their amateur detective skills to try and prove that Fernando will make a comeback with Renault in 2021.

‘Alonso has been posting lots of pictures and videos on his Instagram, reminiscing about his time at Renault. That must mean he’s signed for Renault!’

‘Fernando made a surprise sim racing debut in the Legends Trophy! The cars they’re using are Brabhams. Brabham once used Alfa Romeo power. Kimi Raikkonen is an Alfa Romeo driver. Raikkonen was Alonso’s title rival in 2005. That means Alonso is coming back to Renault!’

Some European media outlets even claim that a deal is close to being done. French magazine Auto Hebdo reported that a pre-agreement with Renault has already been signed, while Spanish sports paper Marca not only claims that Alonso is in talks with Renault, but that Liberty Media is going to subsidise his salary to help get him back into the sport. I think it’s probably best to take that with a pinch of salt, don’t you?

Quotes from those close to Alonso have also been flying around. Former Renault boss and current manager Flavio Briatore told Italian paper La Gazzetta dello Sport that “Fernando is motivated, one year out of F1 has done him good, he has detoxed himself, I see him more serene and he is ready to return” – which to be honest, is nothing really new since Alonso has been very open about wanting to come back.

Perhaps the most sensible insight so far has come from McLaren CEO Zak Brown. Speaking to Sky Sports F1, he said that although he can see why Renault would want to go after Alonso, he’s not so sure whether Alonso would be keen to drive for what is currently a midfield team.

“I spoke with him the other day and I was kinda poking around. I think he’s undecided, and if I was running Renault, that’s who I’d put in the car: big name, fast as anyone, won two championships with them, so he’s got history. So, from a Renault perspective I think he’s a bit of a no-brainer to put in.”

“But whether Fernando wants to get back to 22 races with a car that doesn’t look like it’s capable of winning yet? Given Fernando’s stature, what would get him to jump at a seat is if he thinks he can be at the top of the podium.

“Given that [Renault is] at the similar journey back to the front, and I think they’ll get there – they’re a great team, great resources, great company they’ve been there, done that before. I don’t know if Fernando has the appetite to go on a three-year journey versus getting in a car he can win in, in 2021.

That roughly correlates with what Alonso said himself in an interview on Instagram Live a couple of weeks ago, when he hinted that he’d prefer to return once the new regulations – now delayed until 2022 – come into force.

Then again, situations change, and Alonso might feel that if there’s a chance to be on the grid in 2021, he may as well take it. 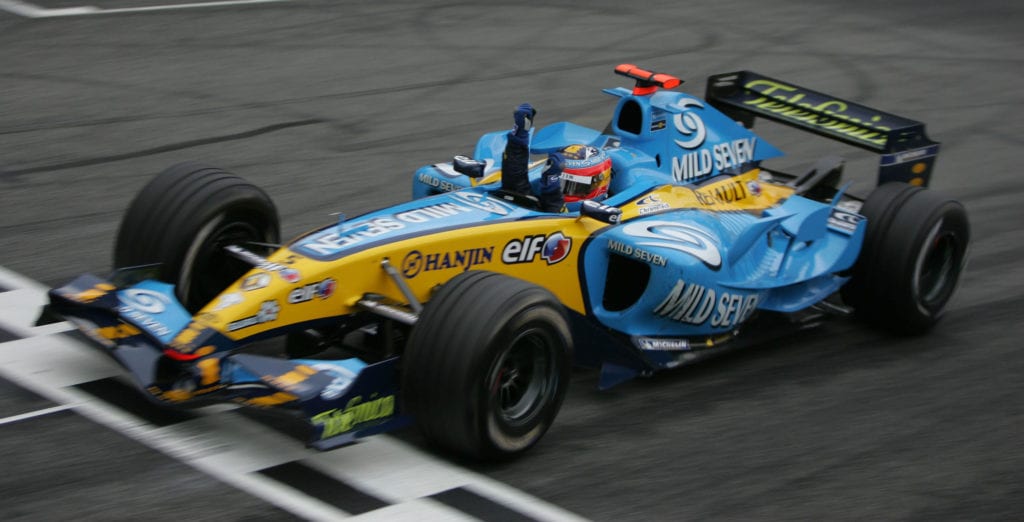