Steiner Admits That His Two Rookie Drivers Are Crashing Too Frequently This Season – WTF1
Skip to content
×
Crash , Formula 1 , News

The Haas drivers have had too many trips into the barrier for Team boss Guenther Steiner’s liking this year, and we’re only halfway through the season. He wants his two drivers to learn to play it safer because the bills are already racking up for the team 💰

In this budget cap era of F1, crashes eat away at the funds for the team. More crashes mean more money spent on new parts, which means less money to improve the car. Haas are last in the Constructors’ championship, the only team not to score points. They’re not panicking financially yet, but with lots of incidents for their two rookie drivers, it could get a lot worse as the season goes on.

“You always plan with accidents, especially with rookie drivers,” Guenther said to F1. “But, we have reached a point now where we have to work on [how] to have less accidents for the rest of the season. Mick in the last five races had quite a few big ones – you know if you have a spin or something like this then, that happens, but these accidents are quite heavy.”

Mick Schumacher has had a lot of shunts throughout the season. He’s missed qualifying twice because of huge FP3 crashes in Monaco and Hungary and missed out on the only Q2 appearance the team has had all year by spinning in France.

His teammate, Nikita Mazepin, has also found his way to the wall. He’s had crashes in Bahrain, Imola and Baku and, on top of that, has spun a few times during the season so far.

An early spin for Nikita Mazepin in his first European FP1

“It’s a lot of money for no good reason, so we have to work on it to get better on that one. Obviously, the budget is the budget – you need to stick to it. At the moment, we feel it, but we can still deal with it, but soon we will be in a position where we need to find new ways to overcome this because they’re getting a little bit too frequent and too heavy.”

Guenther doesn’t want to hold Mick and Nikita back, more to help them realise when risking a crash is worth it.

“What needs to be explained to young people is, you have to make a judgement: is it worthwhile or not? A risk would be if you have the opportunity to gain a position in the manufacturers’ championship.

“Obviously, we need to race. I always say, ‘I’m not against racing between the two guys’. I’m not telling them not to race but to minimise the risk of doing damage, which doesn’t help anybody. The risk would be worthwhile, but at the moment, we have not an opportunity to get better in the standings of the world championship.”

Do you think Haas can improve from last in the Constructors’ standings? 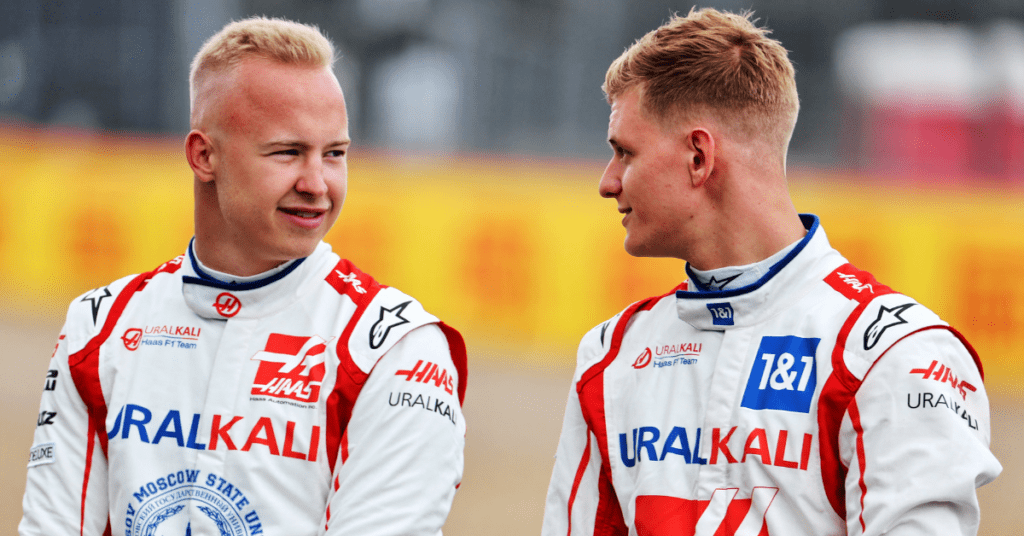