Nikita Mazepin has spun at every F1 weekend he’s raced in apart from Monaco and because of that he’s earned the nickname “Mazespin”. To help this, Haas have come up with a new method to try and control him!

Spinning has become Mazepin’s signature move in F1. Even Crofty has been piling in on him on Sky Sports repeating a joke his son made about Mazepin being a “spin off” from Netflix’s Drive To Survive!

A spin for @nikita_mazepin at Turn 1

Haas obviously want to help their driver face the right direction more and are trying everything. Because this is F1, the answer is surely going to be complicated and expensive with a very fancy name. But the high tech solution they’ve actually decided on is to get the spinning out of him with a special “Mazespin” Spinning Top (yes, the children’s toy) and it’s amazing!

In Austria, Gunther Steiner presented Mazepin with the very fancy looking toy so he “can keep on Mazespinning”. Gunther said to him that he can “spin this one instead of the car!” Fair play guys, that’s got to be one way to do it!

So far this weekend it hasn’t worked with Nikita having a couple more spins across the practice sessions and once again qualifying 20th but who knows, with a bit of practice before next race, he might successfully get all the Mazespinning out of his system before the weekend! 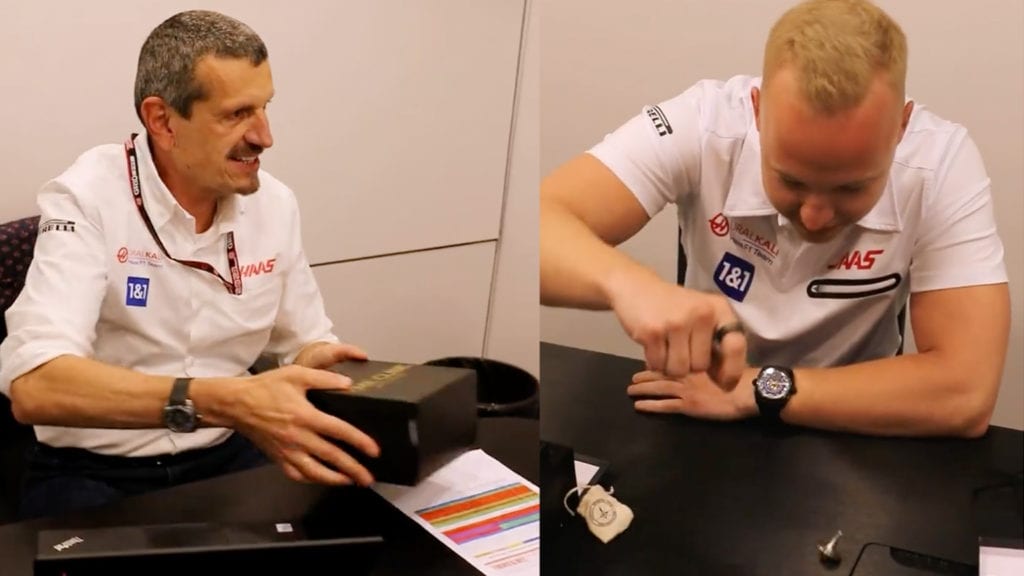