One can only imagine the colour of the air around Steiner in the immediate moments following Magnussen’s rather strong pass on his teammate. Although Grosjean had comfortably occupied seventh for most of the race, K-Mag’s pace at the safety car restart was strong as he launched up the inside into the first corner and the two banged wheel. Magnussen went on to finish seventh while Grosjean went off the track, ended up on the back foot, and finished only 10th.

Contact between teammates is never a good thing but instead of being frustrated at his drivers, Steiner said he attempted to nip any simmering frustrations in the bud, telling Sky F1:

“After the race, I said ‘both come to the office, we need to clear this’. We agreed on what happened and we want to go forward strong. We had a good race here. I think the good thing is that we entertained a little bit in an otherwise quite boring race, so that’s the good thing out of it!

“But we lost some points so we are not happy about that. Is there more to blame on one or the other? I think we decided that we’ll go forward and that we are OK with the situation. We’ve got a good car and we just need to get the best out of it and not run into each other.”

“It was too late for me to get on the radio [and give them instructions]. There are situations where you cannot tell them what to do and on a restart it’s very difficult.

“I don’t want to go into detail but we cleared the air, we are fine, they are fine between them and we move on from here.”

You could probably best describe Magnussen’s move as firm but fair – if he’d pulled it off on any other driver, it would have been a complete non-event. Plus, the move didn’t directly cause Grosjean to drop to 10th, but it did seem to fluster him and put him on the back foot against Carlos Sainz and Daniil Kvyat, both of whom found their way past by the end of the race. 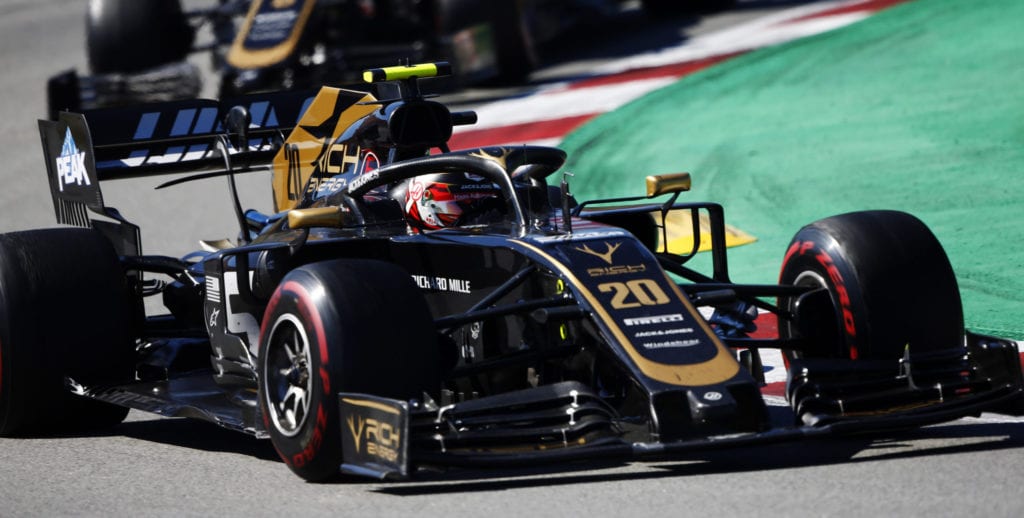