Stewards Have Decided Not To Disqualify Leclerc From Third Place – WTF1
Skip to content
×
Formula 1 , News

Stewards Have Decided Not To Disqualify Leclerc From Third Place

Teams can be subjected to random checks of fuel weight before the start of a race in order for the FIA to make sure that nobody is running more than the allowed 110kg of fuel. However, as teams often choose to run less than the maximum amount of fuel (it’s often quicker for drivers to save fuel and not carry the weight), teams have to declare to the FIA exactly how much fuel each driver is going to carry into the grand prix.

This is where Ferrari and Leclerc appeared to have slipped up. Shortly before the start of the race in Abu Dhabi, technical delegate Jo Bauer announced that there was a discrepancy between what Ferrari said was in the car and what was actually in the car. A statement read:

“The fuel declaration of car number 16 was checked before the car left the pit lane. There was a significant difference between the declaration of the team and the amount of fuel inside the car. As this is non in compliance with TD/012-19 I am referring this matter to the stewards for their consideration.”

With no time to investigate before the race, Leclerc was allowed to race as normal. Although he finished third, there was always going to be a threat of some sort of penalty – most likely a disqualification.

However, because it turns out that Ferrari had breached only a technical directive and not a technical rule, Leclerc has emerged without any sort of penalty.

Ferrari has, however, been hit with a €50,000 fine for breaking the International Sporting Code for the fuel discrepancy. It was a pretty big difference, too – the difference between how much fuel Ferrari said was in the car and how much was actually in the car measured at 4.88kg. However, amount of fuel in the car was still less than the legal limit of 110kg – if it wasn’t, then he would have been disqualified.

The result stands, then – Leclerc keeps his podium and Valtteri Bottas stays fourth. And the open bar at Ferrari’s Christmas party will have to close slightly earlier than usual. 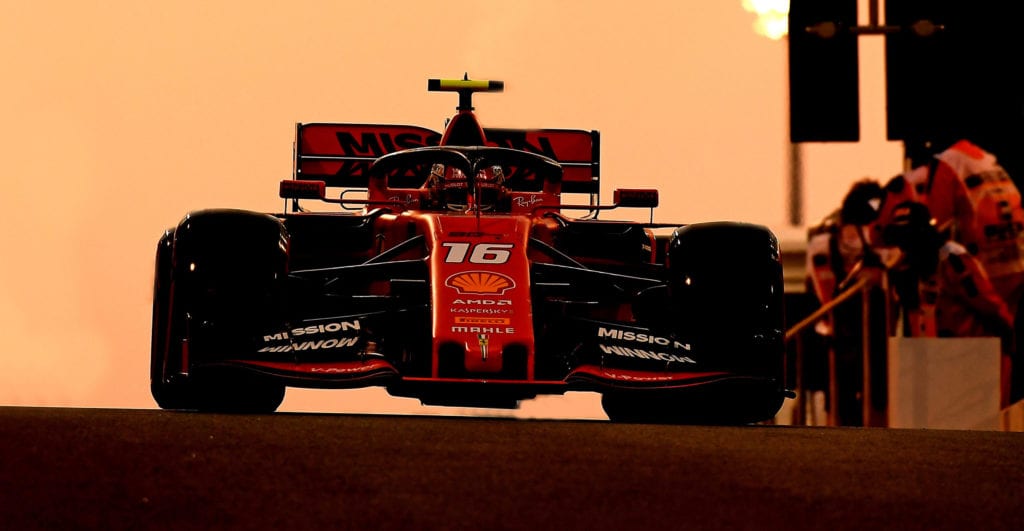