It can be quite funny in motorsport when a car emerges onto the track with mismatched panels, usually as a result of running out of spare parts or something. Sometimes they can be bare carbonfibre, other times in the wrong livery altogether. That’s what happened between Julio Campos and Ricardo Zonta (yep, former BAR, Jordan, and Toyota F1 driver Ricardo Zonta) when they competed in a race at Velopark last on 15 September with the front ends of each others’ cars.

However, this wasn’t the result of crash damage or an error from a couple of extremely colour blind mechanics, but a deliberate ploy from the teams to highlight the importance of organ donation and organ transplants ahead of Brazil’s ‘National Organ Donation Day’ on 27 September.

The surprise livery swap had been planned in secret between the sponsors of Prati-Donaduzzi (Brazil’s main pharmaceutical manufacturer) and Shell some six months before the race – a particularly impressive feat given the difficulties that can arise from sponsor clashes.

The idea of the ‘Transplant Cars’ was one that was particularly close to the heart of Julio Campos, whose older brother Marco died in a Formula 3000 crash in 1995. He said that he “immediately engaged in raising awareness of the cause” when approached about the idea, while Zonta said that “it is incredible to use the visibility provided by motor racing to call attention to a subject as relevant as organ transplantation.” Hear hear.

As well as being for a great cause, it also makes the cars look pretty cool – though we imagine it must have been a bit of a nightmare for the commentators to identify exactly who was who!

Organ donation has been very relevant in motorsport in recent times, too. When Justin Wilson tragically lost his life in an IndyCar incident at Pocono in 2015, his brother Stefan revealed that his organs had helped to save the lives of six other people.

It’s a great cause, and to do it in such a fun way by swapping parts of a car? Top marks to the teams for making it happen! 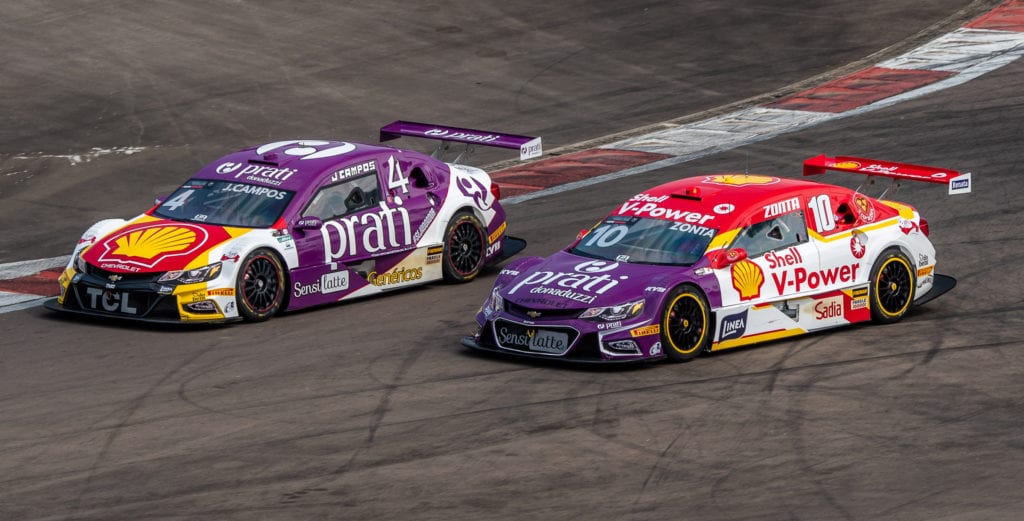