Vandoorne Already Has a Grid Penalty For Using Too Many Power Unit Components – WTF1
Skip to content
×
Formula 1 , News

Formula 1 power units are made up of six elements of which each driver is only allowed to use four throughout the season. If they use any more than that the driver will be dropped 10-places on the grid.

Usually this means that towards the end of the year some drivers and teams will have to worry about grid penalties as they run out of their allocations, but McLaren-Honda has been so unreliable that barely four rounds into the season Stoffel Vandoorne already has a grid drop for using too many.

Vandoorne became the first driver to have used all four of some of his power unit elements as his car was fitted with a new turbo and MGU-H in Sochi.

However Honda discovered yet another problem with the power unit after FP1, and because there wasn’t enough time to just swap out the broken bits the team has had to fit a whole new power unit.

This means Vandoorne has now used five turbochargers and five MGU-Hs, resulting in a 15 place grid penalty for the race. And so it begins…

To make matters worse, drivers aren’t allowed to stockpile elements like they have done in the past, such as in Belgium last year when Lewis Hamilton took a load of penalties at once in order to see him through the rest of the season.

That means that unless Honda’s reliability dramatically improves there a strong chance of seeing Vandoorne slapped with a grid penalty at most races – and surely it won’t be long before Fernando Alonso is in the same boat. 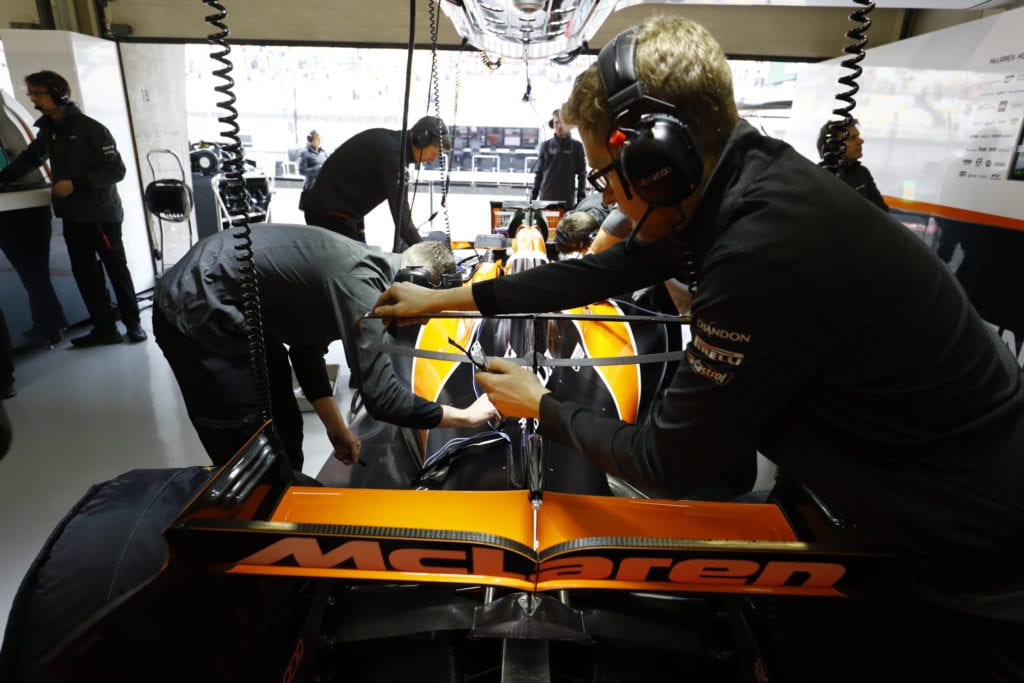