Stoffel Vandoorne Has A Grid Penalty For the Spanish GP Because Honda – WTF1
Skip to content
×
Formula 1 , News

The Spanish fans will be sighing with relief, because it’s Vandoorne who has been given a grid penalty for the race at the Circuit de Barcelona-Catalunya, not home hero Fernando Alonso.

After a tough start to the weekend, Alonso stormed to seventh in qualifying, his first Q3 appearance since Abu Dhabi 2016.

Meanwhile Vandoorne qualified 19th for the Spanish Grand Prix and has now been given a 10-place grid penalty for new power unit elements.

The painful 2017 season continues for Honda…

Vandoorne’s car developed a sensor issue ahead of the race and McLaren changed to fifth Energy Store and Control Electronics, with a five-place grid penalty for each new element.

It’s the second race in a row that Vandoorne has been handed grid penalties for exceeding the allocation of power unit elements.

He only drops one place to 20th because of the penalty, meaning it’s pretty much worthless and makes no difference to his race.

But, obviously, it’s far from good news for Honda, just five race weekends into the 2017 season. 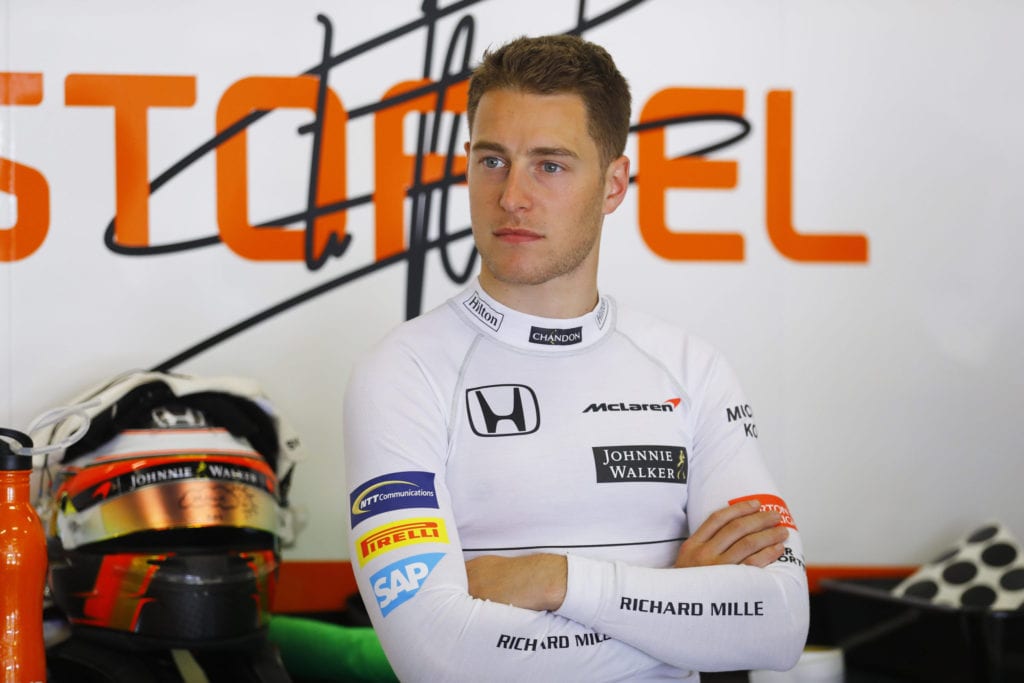