Stoffel Vandoorne Has Been Given A Grid Penalty For Monaco – WTF1
Skip to content
×
Formula 1 , News

Stoffel Vandoorne Has Been Given A Grid Penalty For Monaco

As if McLaren didn’t have enough problems with engine penalties, Stoffel Vandoorne is already getting a grid drop for the Monaco Grand Prix, but this time as a result of his own driving.

Vandoorne slid out of the Spanish Grand Prix on lap 33 when he crashed into Felipe Massa in a bizarre incident which looked as if he didn’t even know the Williams was there.

Although the incident put him out of the race the stewards have decided to slap him with a three-place grid penalty for Monaco and also given him two penalty points on his license. And you didn’t think his season could get any worse…

LAP 34/66: VAN is OUT after clashing with MAS at Turn 1 #SpanishGP 🇪🇸 #F1 pic.twitter.com/kSxXe9ijut

Things aren’t looking great for McLaren-Honda at Monaco, are they? Although it’s expected to be the teams best chance of a decent result so far this year they’re already on the back foot.

Star driver Fernando Alonso is off to go and turn left 800 times, Jenson Button hasn’t driven the car yet and now Vandoorne has a grid penalty. And that’s before we’ve even factored in the highly likely chance of engine-related penalties. Back row lockout for them anyone? 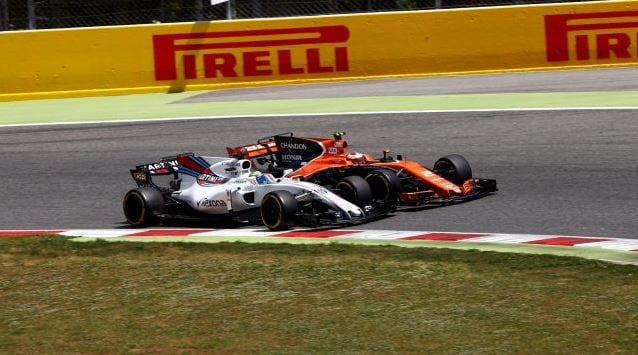