Stroll Struggling At Same Spots At Real Monaco As On His PlayStation – WTF1
Skip to content
×
Formula 1 , News

You know a F1 driver is young when he complains of struggling at the same corners both in real life and on his games console.

Racing games have come a long way in recent years, but they’re still some way from being anywhere near realistic of what actually happens on the F1 tracks.

But, it was interesting to hear that there’s some similarities in where Stroll was struggling in Thursday F1 practice and in virtual form around Monaco.

The Canadian racer caused a red flag in second F1 practice when he lost the rear of his car at the top of the hill through Massenet and hit the barriers, his car coming to rest at Casino Square.

He played down the shunt but explained that he’s struggling in other areas of the track, similar to when he’s on racing games. He told media in Monaco:

“It really p**s me off, because every time I play the PlayStation game, it’s always those corners that I couldn’t get right, and in reality it’s still those two corners. So that’s the focus for Saturday, a bit more time in the car in FP3 and still build up to a few parts of the track.”

When asked more specifically about the crash, Stroll replied:

“I just sent it in, kind of looking for the limit. I lost the rear and got into the dirt a little bit – typical street circuit mistake. If you don’t touch the wall in Monaco, you’re not on the limit. At least I knew I was pushing, I know where I need to be on Saturday and I have FP3 to get back into it.”

He became the first driver of the F1 weekend to suffer a significant crash in Monaco. 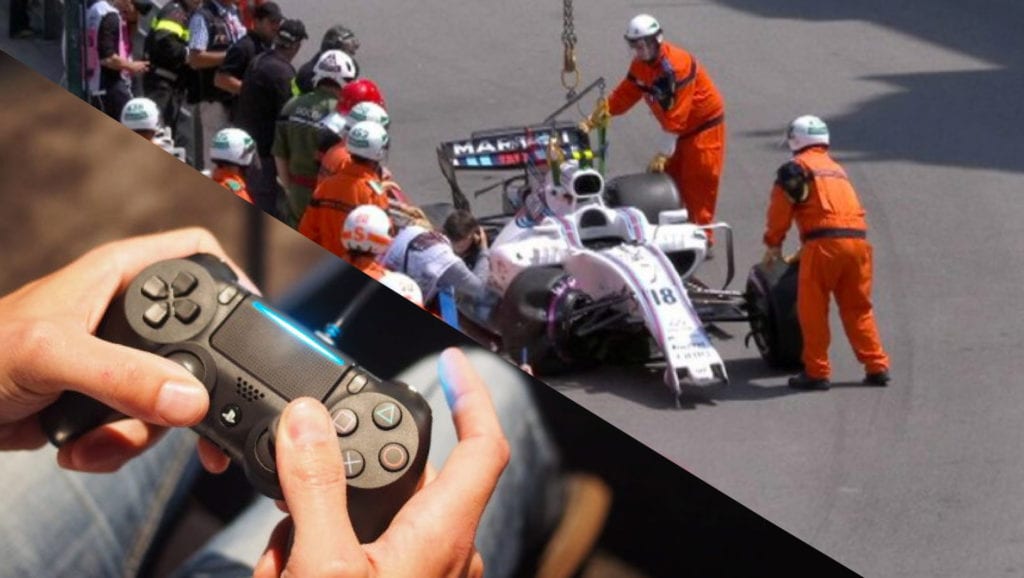