Stroll Thought He Had A Puncture Because Of How Low The F1 Helicopter Was – WTF1
Skip to content
×
Formula 1 , Onboards , WTF
6 comments

Camera operators will do anything for the perfect shot, and it’s no different in F1. The show relies so much on brilliant helicopter shots of the cars and the racing, but at Silverstone, they got a bit too close for comfort when one of them flew very low and made Lance Stroll think he’d got a puncture!

The helicopter was flying directly over the track, and as Lance drove underneath it, the car went mad, and he nearly lost control. The downdraft from the chopper completely disrupted the airflow going over the car!

The Aston Martin snapped underneath him as the air pushed down on the car, but Lance was able to hold it and carry on. He asked his engineer Brad Joyce to check the car.

“Tyres are good,” Brad responded, with Lance guessing it was probably the helicopter that had interfered with the car.

It’s undoubtedly bizarre! We’re very used to helicopters flying around the track all over the place, and it isn’t rare to see them very low, but we don’t know when they were so low they directly impacted a car on the track.

F1 cars are incredibly wind sensitive, so it’s very likely if that was over a braking zone or a more technical part of the track, or even if he had DRS, he could have been even more unsettled.

Some Reddit fans said that the helicopter gave their grandstand a lovely breeze in the baking hot Silverstone sun, which is nice but proves it must’ve been really low!

In 1999, Silverstone set the world record for being the busiest airport in one day because of all the helicopters that would arrive on Grand Prix day. There were 4,200 documented movements. But since then, it’s calmed down, and with the pandemic, it really is just the camera helicopters being used.

It's not just drivers who love Monza 🇮🇹

Helicopter pilots get to have some fun too 🚁 😮#ItalianGP #FP1 pic.twitter.com/Rsb2vpToJO 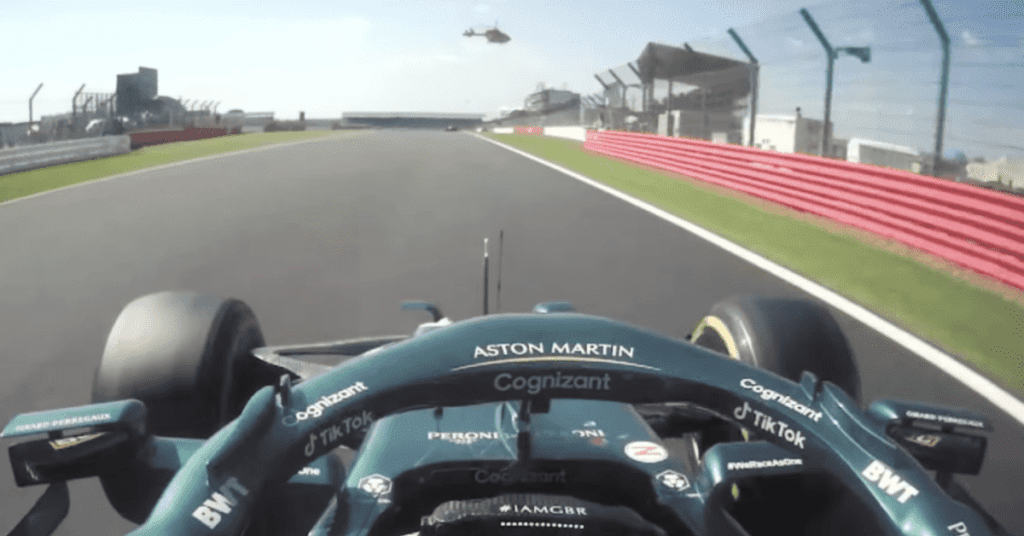