Survey Reveals What F1 Fans Want To See Most During An F1 Weekend – WTF1
Skip to content
×
Formula 1 , News

We all know that Liberty Media wants to improve fan engagement and make attending a race weekend memorable for reasons that transcend the action on track. Auto mund und Sport revealed a survey conducted by an independent research agency that asked 18,000 F1 fans what they would like to see at the circuit, and the results are a bit surprising.

Last year over 18,000 F1 fans were interviewed at different tracks by an independent research agency to find out about their wishes how to improve the grand prix experience. #AMuS pic.twitter.com/l2qbhLBlgu

It isn’t difficult to imagine historic F1 scenes being recreated at circuits in which they took place. Rolling up to Albert Park and the first thing you see is a pair of Williams FW18s neck and neck, or special cars for special historical races. F1 has a rich, nostalgic history, and there is a clear desire from the fans for it to be celebrated a bit more.

The second most popular request was the opportunity for fans to venture onto the circuit at allotted times. This would offer a perspective of the track that is rarely experienced beyond the drivers themselves. Standing at the foot of Eau Rouge gives you a real appreciation of what a beast of a corner it is; the scale of the climb is difficult to realise on a screen or even when watching an onboard camera at full speed. This is another great potential idea that wouldn’t have happened on Bernie Ecclestone’s watch.

Another popular idea that the survey revealed was a demand for more drivers and technical personnel to give talks. Imagine a stage and a press pen for fans to pose the questions they want to be answered. We can see Kimi Raikkonen’s face right now, a portrait of joy and delight as he hides behind a microphone for 45 minutes as children cry at him for photo opportunities. This would enrich the fan experience, but would clearly have to consider the busy and tight schedule of the personnel needed for this over the race weekend.

Ideas that didn’t seem to chime with the F1 collective included extreme activities like zip-wiring and bungee jumps, a kid’s area with go-karts and a fan forum, whatever that is. These ideas seem too generic and conjure images of the F1 paddock turning into a motorsport-themed Butlins.

This survey offers a menu of ideas and we have to say that the most popular requests seem the most likely to enrich the track-side fan experience. If the product F1 is selling us can be complemented with some unpredictable battles on the black stuff, the people will come, and it looks like they might have a few more things to enjoy around the paddock in the near future. 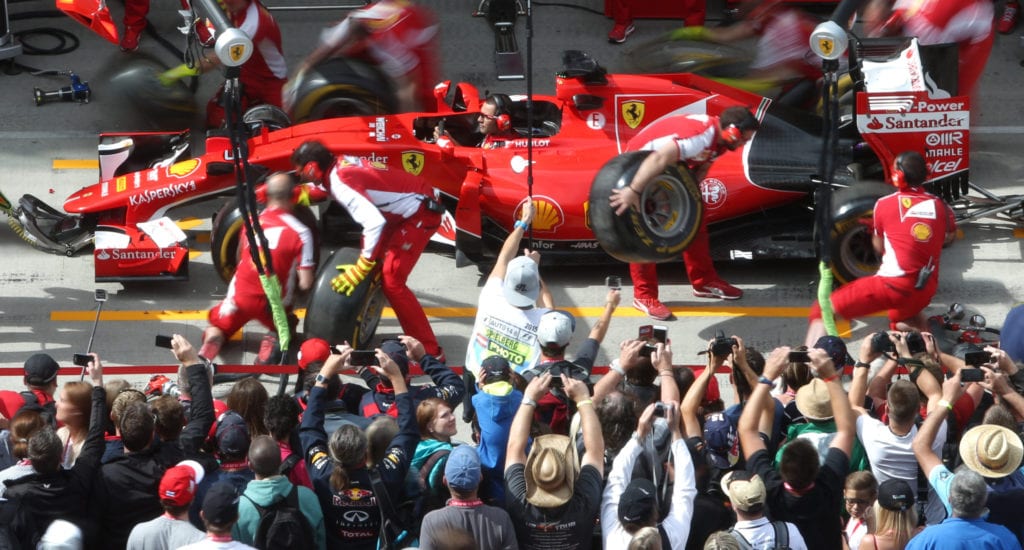