Take A Ride Onboard Senna’s Old Lotus 97T Around Imola

With 1 May this year marking the 25 anniversary of Senna’s death, an event was held at Imola on the day to commemorate the man’s life. ‘Senna Day’ featured a whole day of events including a photo exhibition, speeches from those who knew and worked with him, and a display of some of the cars that Senna raced.

One of those that took to the track was the Lotus 97T that Senna actually raced in period. With driver Fredy Kumschick at the wheel, YouTuber and engine sound guru 19Bozzy92 attached a camera to the car and filmed the whole thing. From warming up in the garages to some lovely exterior fly-by shots, the sound of that 1.5-litre turbocharged Renault V6 is absolutely glorious. And of course, there are the onboard shots, which include a lovely moment as Kumschick drives through Tamburello.

Senna raced the 97T in 1985 alongside Elio de Angelis and almost instantly proved that his impressive debut season for Toleman the year before had been no fluke. His first win came in torrential conditions in Estoril and he followed it up with a second win at Spa later in the year. He also used the car to take seven pole positions – the most of anybody that season – and finished fourth in the championship. 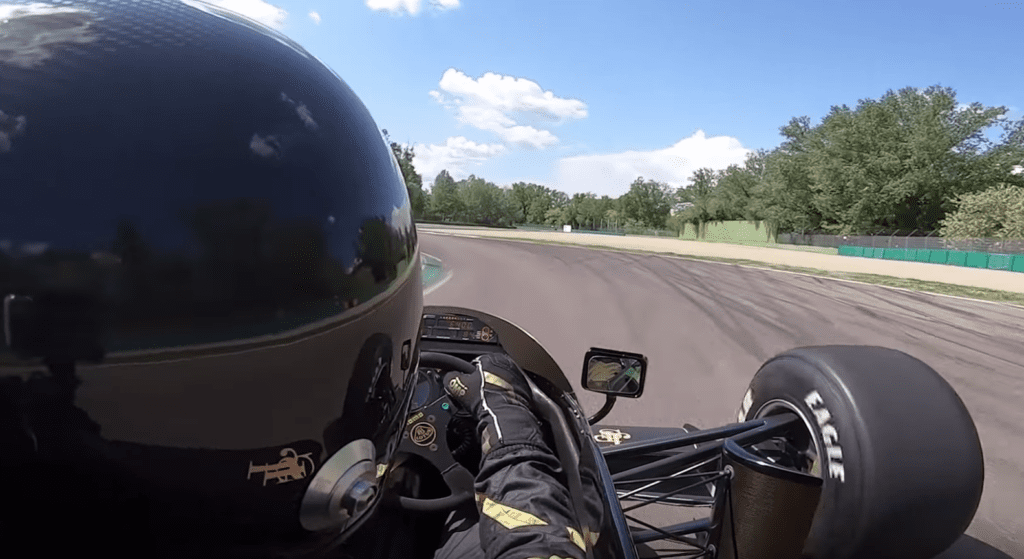