Take A Ride With Verstappen Around The Banked Turns Of Zandvoort – WTF1
Skip to content
×
Formula 1 , Onboards

Take A Ride With Verstappen Around The Banked Turns Of Zandvoort

Verstappen has driven plenty of laps of Zandvoort in an F1 car before, but he became the first person to see how Zandvoort looks with the new, banked corners, which have been reprofiled ahead of the return of the Dutch GP on May 3 following a 35-year absence from the calendar.

Turn three (Hugenholtzbocht) and Turn 13 (Arie Luyendijkbocht) have both been given some serious banking (18 degrees – twice as steep as at Indianapolis) in a bid to improve the racing around the very old-school layout. Verstappen got to sample just how steep they are and, well, it looks mega.

Ride with @Max33Verstappen for the first lap of the new Zandvoort Circuit! 💪🇳🇱#DutchGP pic.twitter.com/qHSG1cyUBA

Pretty cool, right? And that’s in a Red Bull RB8 from 2012 on special demo tyres. Imagine how it’ll look in a 2020 car – the fastest F1 cars in history – on soft tyres on a full-on qualifying lap, with grandstands that are sure to be absolutely rammed.

It’s not just onboard, either – the trackside shots look amazing, too.

Yeah, I can already tell this race is going to be one of the highlights of the season. Verstappen has already given it a big thumbs up:

“It was a great opportunity to be the first person to drive an F1 car at the new Zandvoort circuit and the track is really cool. Especially turn three where the banking is amazing. I didn’t expect the banking to be that big but it’s really cool to drive an F1 car on. The last corner is the same. It’s also pretty banked and with the new cars and DRS open through there it will be a good challenge and a lot of fun.

“The whole track is very demanding. There are a lot of fast corners and still not that much run-off. That makes it really challenging to go on the limit, but that’s good. That’s what we like.” 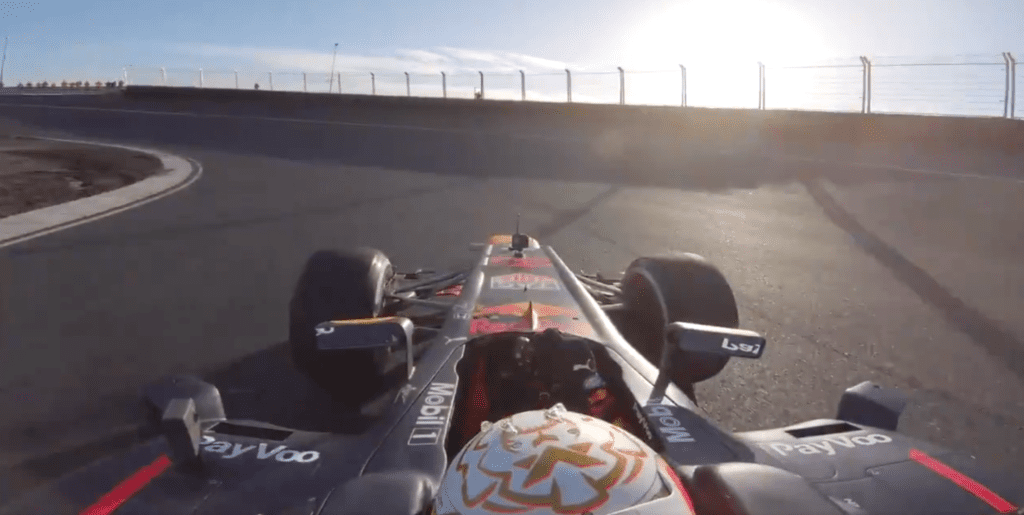