Talks Between Toro Rosso And Honda Have Broken Down – WTF1
Skip to content
×
Formula 1 , News

Talks Between Toro Rosso And Honda Have Broken Down

After the Sauber-Honda deal fell through a few weeks ago, rumours turned to the possibility of Toro Rosso perhaps running Honda power units in 2018.

Toro Rosso already has a deal to use Renault engines next season but switching to Honda would have made some sense – mainly for Red Bull, as it would open up the possibility of the senior team also making a switch to Honda at some point in the future.

However despite enthusiasm on both sides it seems the chance of it happening has now come to a halt.

Both Honda and Toro Rosso apparently couldn’t agree on the financial terms of any possible deal and with the team looking to finalise the design of next year’s car decided to simply end discussions instead of letting things drag out.

Honda seem pretty desperate to have a second team to supply engines to. After all, having four cars run its engines would be a big benefit to development.

There’s also still the lingering possibility that McLaren may call an end to the partnership, which would leave Honda out of F1 with nothing to show for the last three years apart from some broken engine parts and a load of awesome Fernando Alonso memes. 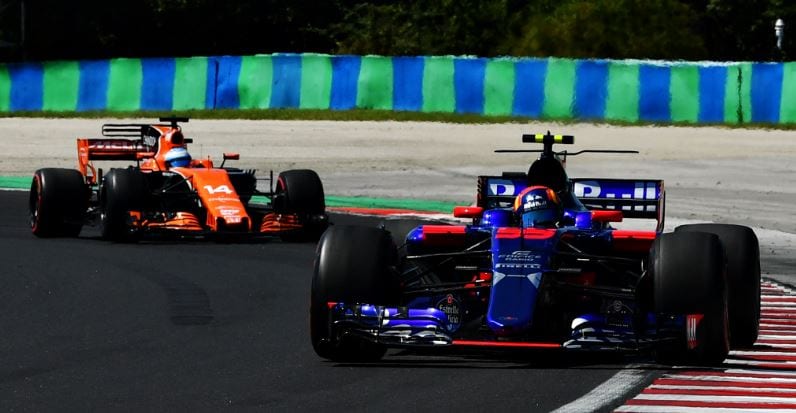